The pair appeared on today's This Morning to talk about their Strictly journey so far when TV presenter Anneka appeared to mistake Kevin's phone in his pocket for his manhood.

Anneka, 60, was in the middle of talking to hosts Phil and Holly Willoughby when she looked down at Kevin's thigh and looked confused. 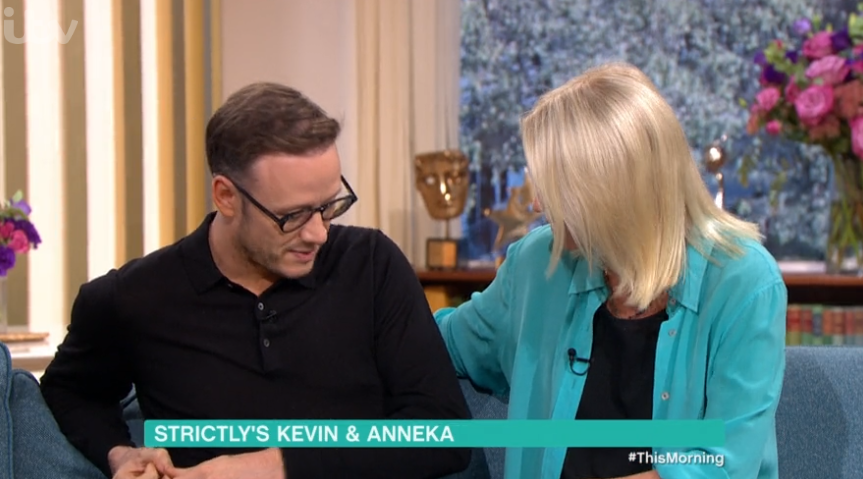 Anneka appeared to mistake Kevin's phone in his pocket for his manhood (Credit: ITV)

She asked him: "What's that?" to which Kevin replied: "That's my phone."

Phil joked: "It's the Strictly curse already! One week, one week!" 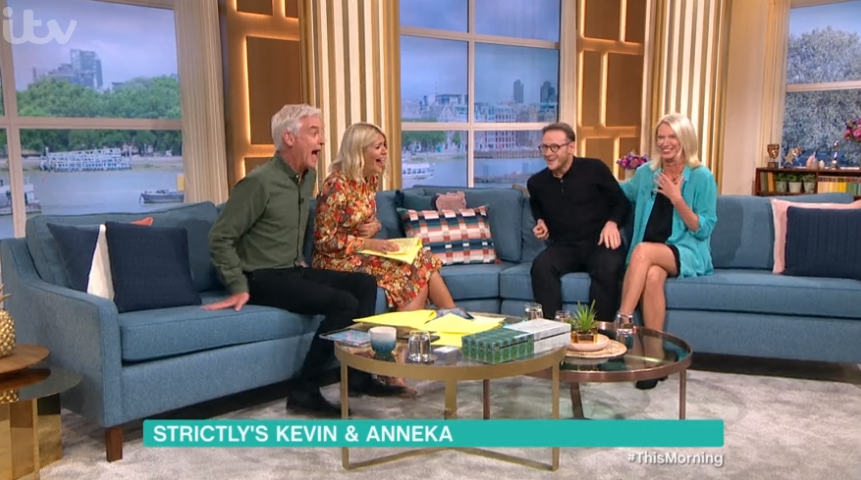 Phil and Holly were left in hysterics (Credit: ITV)

The so-called Strictly curse is the supposed jinx that has seen a number of showbiz couples come unstuck after one of the partners appeared on the BBC programme.

Viewers were also amused by the moment and shared their thoughts on Twitter.

One person said: "Omg can’t stop laughing," while another wrote: "Omg! Nearly choked on my popcorn laughing at that!"

It's the Strictly curse already! One week, one week!

Ong! Nearly choked on my popcorn laughing at that! 🤣🤣🤣

A third added: "Phil’s laugh though," followed by a string of laughing face emojis.

Meanwhile, Kevin and Anneka opened up about their Strictly journey together so far.

Kevin explained: "We're literally starting right from scratch, the first day we did, we started with a bit of choreography, and then we had a bit of a wiggle that doesn't feel good and then it was can we just go eight claps and we couldn't do eight claps in time.

"That doesn't come naturally to Anneka, she has a really analytical brain so when I talk about the angles of the brain and all of these really tiny details and suddenly gets really excited and interested in what we're doing.

"It's all about how about how does that person learn." 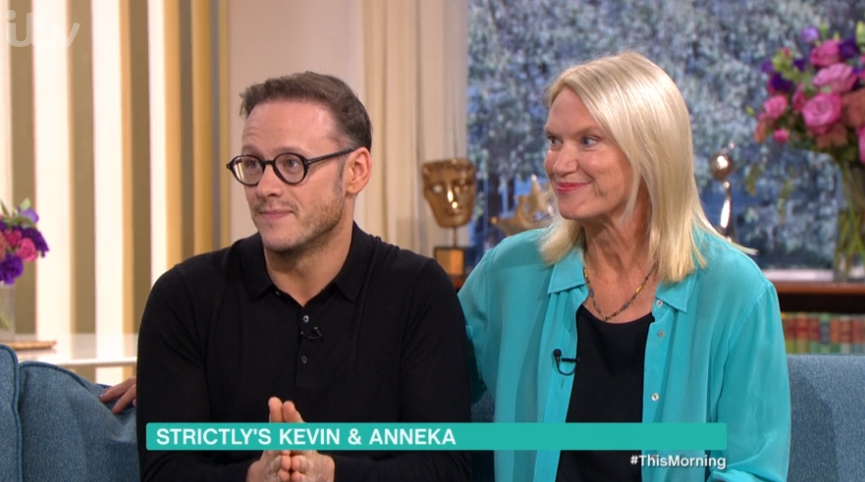 Kevin said he and Anneka have "started from scratch" in training (Credit: ITV)

Anneka revealed she's been asked to do the show many times in the past but she felt like this was the right year.

She said: "So many years, not even last year. I don't know what's happened to me Holly I feel like I'm on a gap year, my son got engaged and I have a gap year before the next family event."