This Morning’s Phillip Schofield and Holly Willoughby delighted viewers earlier today as they battled fatigue following their big night out at the National Television Awards.

The presenting pair joked about being tired and emotional on the ITV programme after apparently celebrating their success with the odd toast - and even missed the start of show.

Having made their grand entrance into the studio on motorbikes, Phil immediately joked he was in no condition to perform.

"That was hell of a night out! I’m about to be sick in the helmet I think," he said. 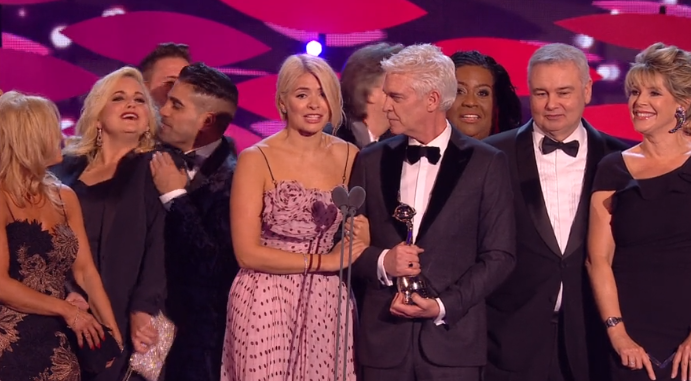 Hols, meanwhile, seemed grateful her co-host was struggling more than her with the after effects of their partying.

"I’m liking this!" she laughed as Phil admitted he was in a worse state.

You guys should come in hungover more often, I haven't laughed this much in ages!

However, Holly swiftly ended her gloating when her telly colleague suggested she could begin boozing again if she was feeling so fresh.

Despite feeling a tad worn out, the TV faves ploughed on with their jobs, scoffing treats from the Hairy Bakers that came with the promise of soothing their hangovers.

Just watch where your helmet is when Phil is around (Credit: ITV)

Viewers, too, were quick to suggest cures for the presenters’ aching heads, with gulping down Hula Hoops, downing Coke and sitting in the shower all recommended as effective treatments.

However, there one particular idea on how to make them feel better that had both Phil and Holly in hysterics.

Reading through submissions on how to banish the boozy aftermath of their night of excess, Phil’s voice trailed away as he read what was in front of him before taking a moment to compose himself.

Showing what was written on his prompt card to Holly, they momentarily looked at each other before exploding into a fit of giggles. 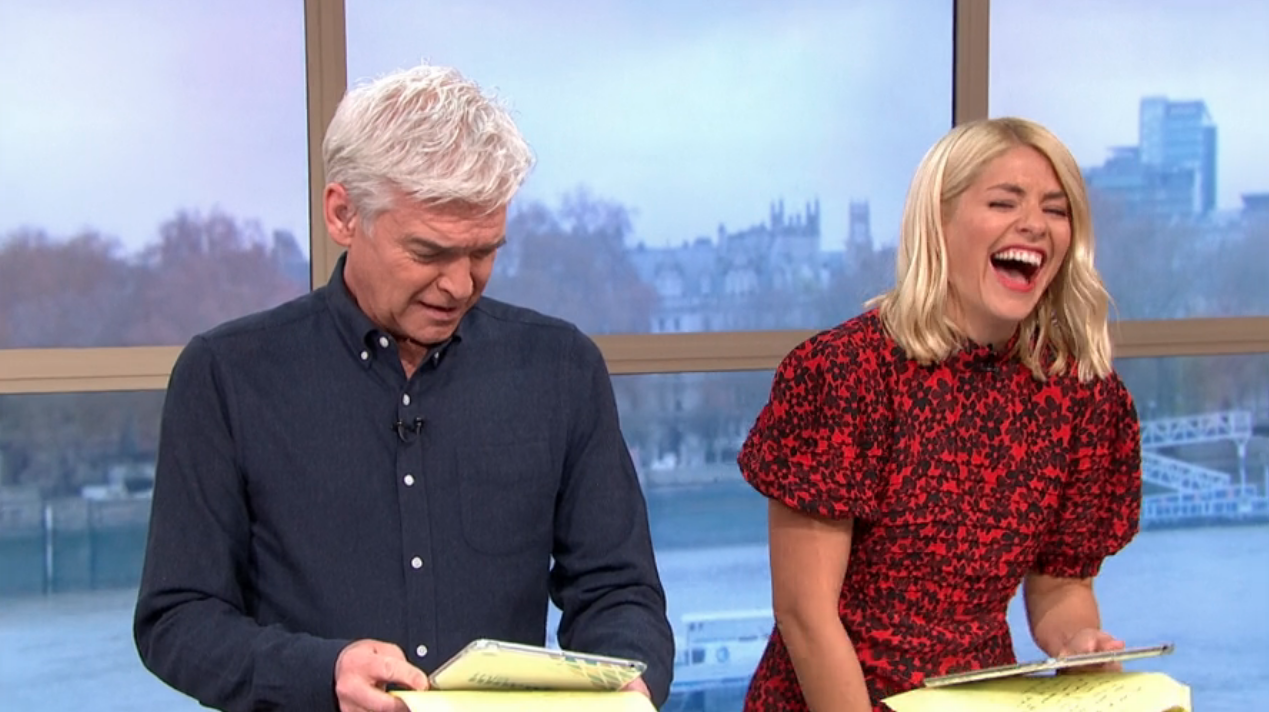 With Holly in silent hysterics, a shocked Phil geared himself up for the cheeky cure.

"Loads of carbs and a big poo?!" he guffawed.

"You've let yourself down Baz!" Hols added, pretending to tell the viewer off.

Give them something to eat! (Credit: ITV)

While many viewers declared the episode "hilarious", not everyone was impressed with Holly and Phil’s approach.

Some felt the presenters were 'staging' their tipsiness and accused them of being "unprofessional".

"Unpopular opinion but I hate the whole late for work/still drunk thing. It's clearly put on," claimed one viewer. 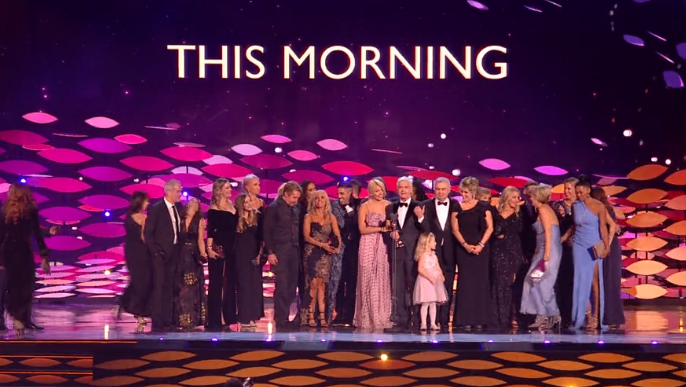 Another said: "Both are getting on my nerves with the whole ‘hangover’ crap. How long are they going to milk it for? So unprofessional."

However, plenty of those watching enjoyed what was unfolding on the box.

"You guys should come in hungover more often, I haven't laughed this much in ages!" tweeted one fan.

"Cracking up at @thismorning - Holly and Phil hungover are hilarious," said another.

And a third added: "Love @thismorning but it’s even better when they’re hung over. Is it wrong I really want to go drinking with @Schofe & @hollywills?"