John Barrowman hopes to be fit enough to perform tonight (02.12.19) just days after he was hospitalised.

The 52-year-old actor was forced to cancel a series of shows of his Fabulous Christmas Tour - including at the Bristol Hippodrome - after suffering a "severe neck injury" which had him "in tears" when he fell over at the weekend during a TV appearance and was left in agony. 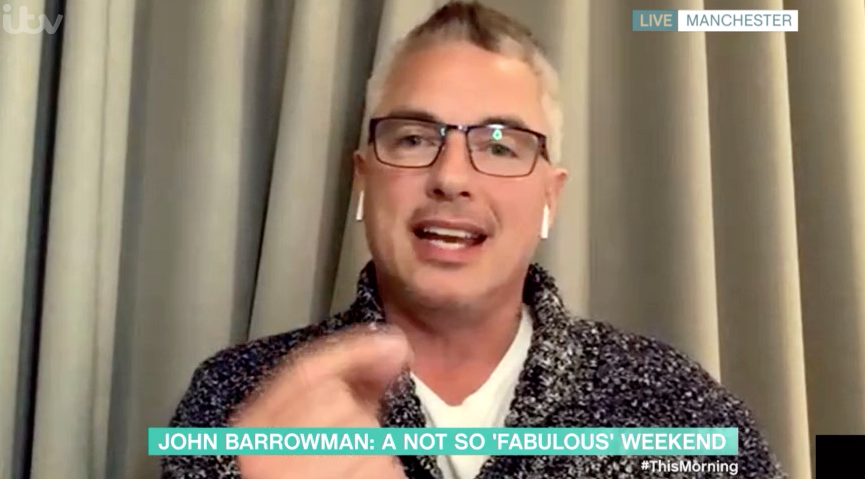 John revealed on ITV's This Morning: "I feel probably about 70 to 80% better, I have movement in my neck, I can talk. We have rehearsals this afternoon to do a show tonight in Manchester, so fingers crossed."

The former Torchwood star ruptured his C5 and C6 vertebrae and facet joints while filming, and he is glad the injury wasn't "anything more serious" than it already was.

He added: "I'm just really glad that I'm back and that it wasn't anything more serious - it was serious in itself, but it wasn't going to debilitate me."

We have rehearsals this afternoon to do a show tonight.

John previously posted on Instagram on Sunday (01.12.19) to tell fans he would be having injections at the base of the neck to help support the head.

He later told fans the procedure "was a bit uncomfortable".

Procedure done. It was a bit uncomfortable. Jb

However, John is "excited" and ready to join the Dancing On Ice judging panel, after he revealed his pride that the competition will be the first show to feature a same-sex partnership.

John thinks bosses have done a great thing by paring them up and he can't wait to see what routines they come up with.

ICYMI: @johnscotbarrowman is joining the 2020 #DancingOnIce Judging panel! Swipe across to see how John reacted to the news 😂

John previously said on the daytime show: "I think it's amazing and congratulations to Dancing On Ice and ITV for being the first in the UK to have same-sex couples. Let's do it this way and be supportive as a community."