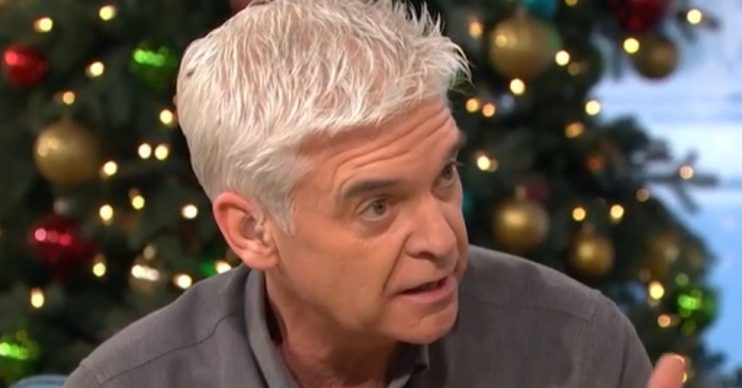 According to The Sun, daytime boss Emma Gormley reportedly said Ben was her top choice for a possible replacement if Phil ever leaves the show.

The publication claimed that Good Morning Britain presenter Ben – who has previously guest co-hosted the programme – showed “great chemistry” with Phil’s co-star Holly Willoughby in the past.

However, a spokesperson for ITV told us that the claims are “untrue”.

It comes amid reports Phil has fallen out with his This Morning co-stars and his relationship with Holly has “become strained in recent months”.

It was also alleged that Ruth Langsford – who hosts the Friday episode of the programme with husband Eamonn Holmes – made a formal complaint about Phil.

According to The Sun, eight ITV presenters described the environment at This Morning as “toxic”.

It’s deeply disappointing and unfair for Phillip to be the target of this sort of malicious gossip.

Meanwhile, editor of This Morning, Martin Frizell, told Entertainment Daily: “I spend hundreds of days a year in their company and what you see is what you get, a genuine friendship from a couple who are both spontaneously funny and professional.

Holly and Phil addressed the reports at Monday evening’s Dancing On Ice launch.

Speaking to BBC’s Newsbeat, Holly said: “You couldn’t do the amount of hours of TV that we do with each other without getting on.”

Phil described Holly as “perfect” and insisted they’re “best mates”, adding: “We have such a laugh. She’s like the sister I never had. I just adore working with her.”