TV's Holly Willoughby has revealed her children are "fearful" of climate change.

The This Morning presenter is mum to her three kids - Harry, 10, Belle, eight, and five-year-old Chester.

During Thursday's edition of the daytime show, Holly said her children suffered from eco-anxiety after seeing the Australian bush fires on TV. 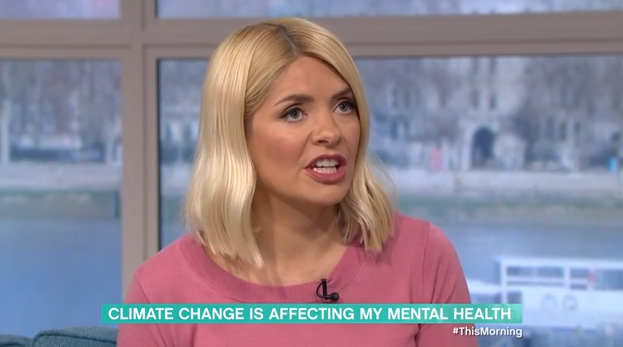 Activists Pippa Best and Ellie Smith appeared on the programme alongside Dr. Patrick Kennedy-Williams to discuss climate change and how it's affecting people's mental health.

Holly said: "I've got my three children and they watch Newsround, it's something that's part of school, they watch it.

They're talking about it in a different way now, the same as what you've seen with the bush fires, all sorts of things.

"They come home and more recently I notice that they talk about it a lot. We've always been quite environmental in our home, as much as we can.

"But they're talking about it in a different way now, the same as what you've seen with the bush fires, all sorts of things. And they do worry about it.

"Their questioning has changed, actually it's become quite fearful and I'm wondering as a parent, how do we deal with that? Because it's not just affecting adults, it is affecting our children too."

Pippa, who struggles with eco-anxiety, said: "It’s always been something I’ve cared about. I live in Cornwall so I am surrounded by natural beauty.

"But for me it’s been everything I’ve been involved in in my life has been related to the environment in some way and how we can care for it.

"We desperately want to do something, but we often feel powerless and I know for me, I also have two kids who are also really concerned for the environment so a lot of my fear really stems from worrying about their future.

"Worrying about other kids like them who are already experiencing the effects of climate change."

Fellow eco-anxiety sufferer Ellie added: "When I came to London and I saw Extinction Rebellion, I started to do more research and that’s when I started to think, 'Oh my goodness, this is real. We are approaching a climate catastrophe.' 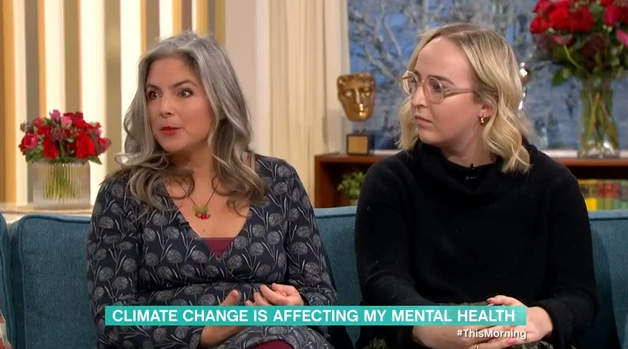 Pippa and Ellie said they struggle with eco-anxiety (Credit: ITV)

"I started a magazine called ‘Panic Panic’ which is basically a way of saying eco-anxiety, it’s not necessarily a mental health condition, it’s a really understandable emotional response to the climate crisis.

"And so I wanted people to feel okay being anxious and feeling scared, because it’s important we take action and we need those emotions if we’re going to take action."