One fifth of noughties pop sensations Hear'Say, Noel Sullivan has revealed he had to gain two stone during an appearance on This Morning.

The group included Myleene Klass, Suzanne Shaw, Kym Marsh, Danny Foster and Noel, and all of them have gone onto varying degrees of success.

Now West End musical star Noel, 39, has explained all about his weight gain to Eamonn Holmes and Ruth Langsford. 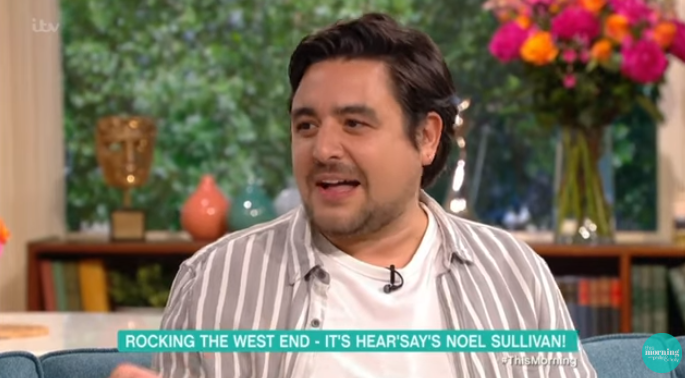 Noel will worry about losing the weight later (Credit: ITV)

Read more: ITV reveals the acts to appear on the first episode of Britain's Got Talent: The Champions

Noel was speaking about his new West End musical role, the School Of Rock The Musical, which is the reason for his weight gain.

"Because in the script there's a lot of talk about the teacher being fat," he said.

"You can't do it with a fat suit, it would look really weird. It's live and you are right there. It's a very physical show." 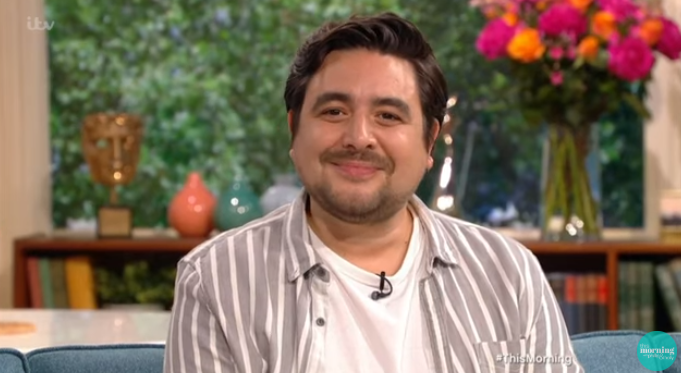 Noel has put weight on for his new role (Credit: ITV)

Noel, who looks unrecognisable since his Hear'Say days, wasn't too worried about losing the extra weight.

In the meantime it’s pizza and pasta for me!

"We will worry about it then. In the meantime it's pizza and pasta for me!" he joked.

Speaking about the hit film, which starred Jack Black, he said: "People know the film… it's an amazing part to play. The kids are the draw really.

"They are playing live every single show.

"Some of them have never been on stage before, they are amazing musicians, you watch them grow and become amazing performers."

🎧 slept through my VO..Saving his raving for 3am. 💙

The musician and DJ took to Instagram to post a snap of herself in the recording studio, following the arrival of baby Apollo at the beginning of August.

The photo shows Myleene looking relaxed as she stands in front of a microphone, a sheet of paper in her hand and the tot resting against her chest in a leopard print baby carrier.