TV personality Vanessa Feltz made her partner squirm live on air after he tried to apologise for ditching her on her birthday.

Furious Vanessa ripped into fiance Ben Ofoedu when he rang into her call in segment focusing on unreasonable behaviour during This Morning earlier today.

Revealing Ben had left her at home last night as he partied at The BRITs, Vanessa had quickly twigged who the caller on the end of the line claiming to be called 'Steve' really was.

The caller asked: "It's my wife's birthday today but is it unreasonable that I want to spend the day with her but she wants to work?" 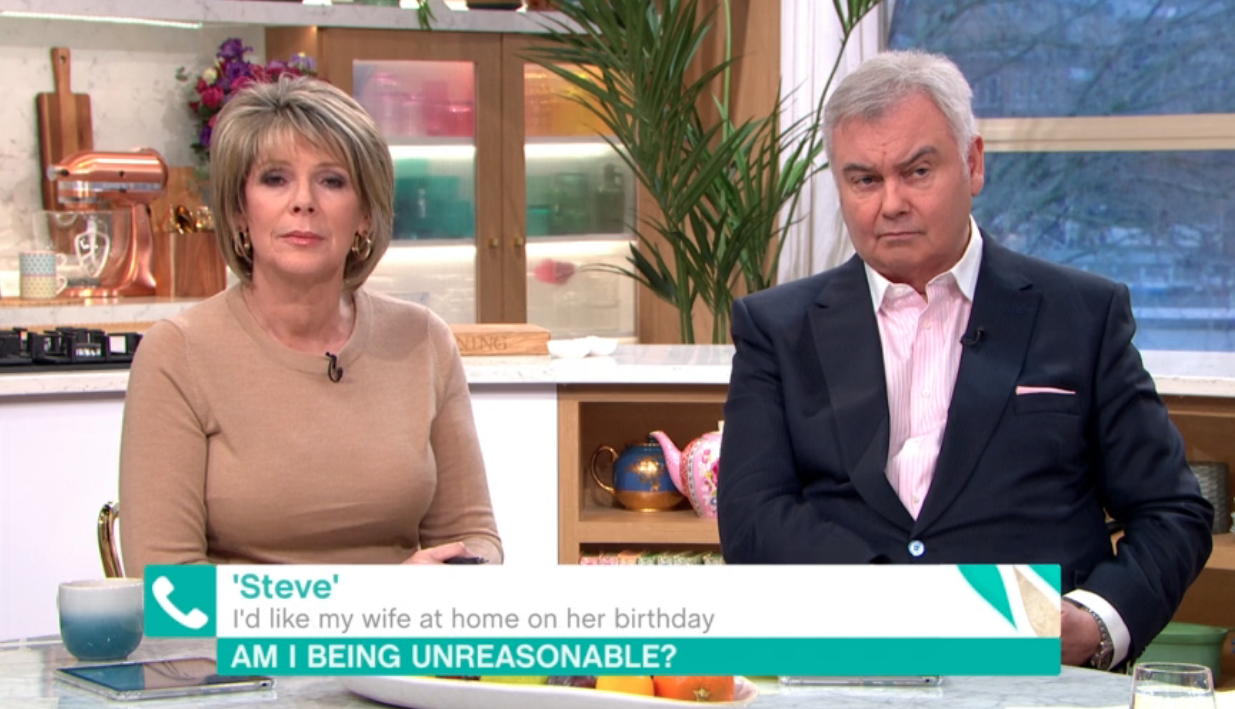 Maintaining her composure as hosts Ruth Langsford and Eamonn Holmes played along with Ben, Vanessa replied: "That doesn't sound like someone called Steve at all that sounds like my other half, Ben."

She scolded him: "What are you doing? You're hijacking. I'm just trying to make a living here and suddenly you're phoning up and interrupting that's unreasonable. You're unreasonable!"

He was partying and I was stuck at home in my wincyette pyjamas.

Ben cooed: "This is the only time I get to speak to you sweetheart, I have to phone."

"Where were you last night for God's sake?" she demanded. 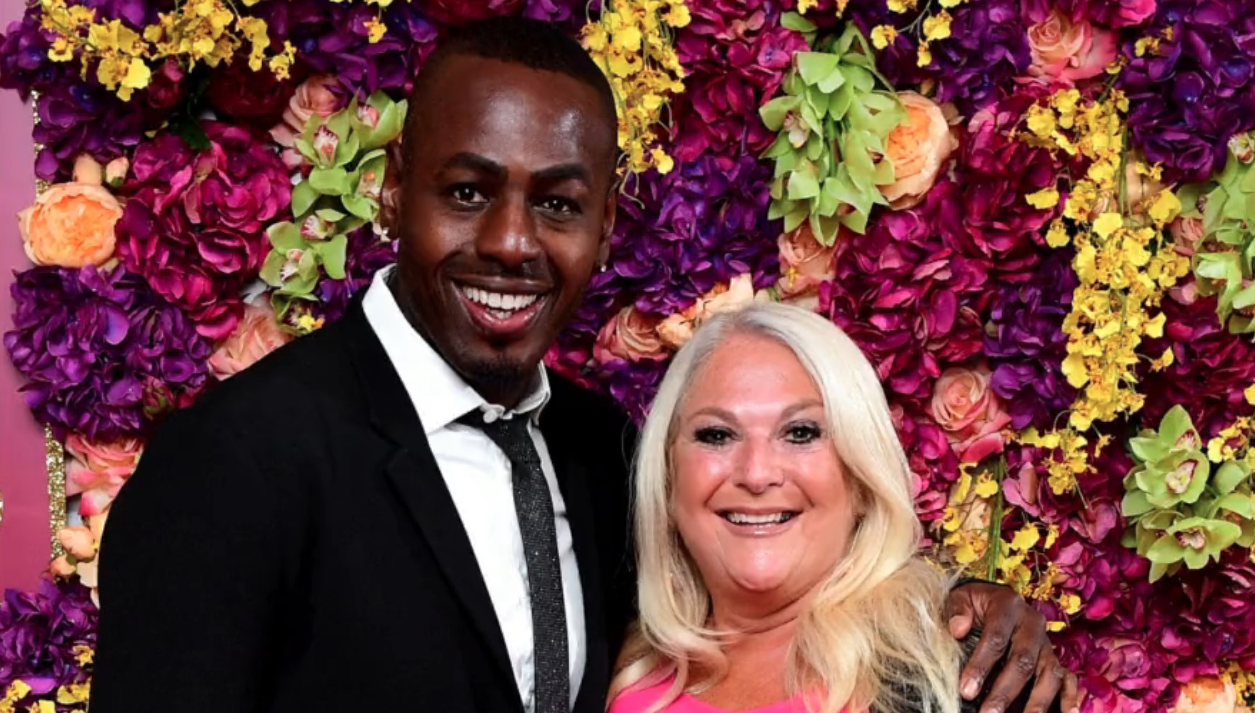 "He was partying and I was stuck at home in my wincyette pyjamas," she added with a flourish as Ben grovelled.

"He's doing this on the telly so that when I go home I'm not nasty to him. That's what it is," Vanessa continued before admitting she was still seething today after noting Ben had been generous with birthday gifts.

However, it turns out she hadn’t even touched them before heading out of their home for the This Morning studio. 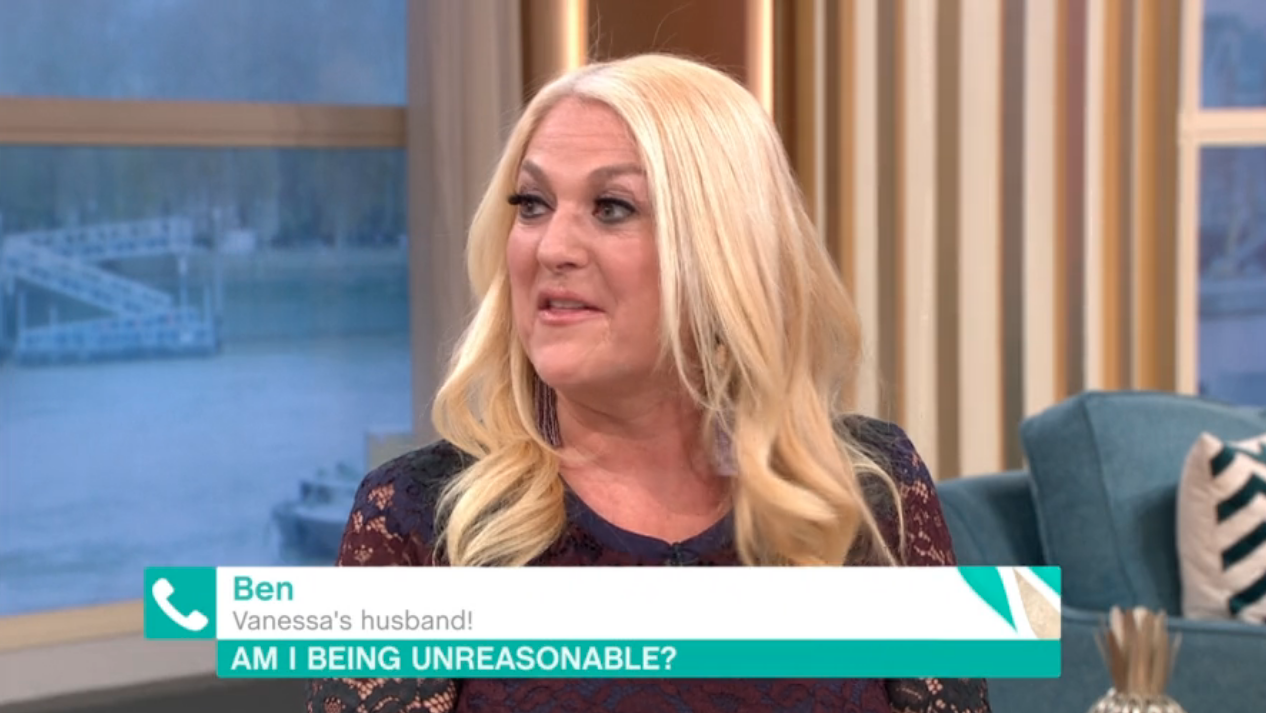 Vanessa was having none of it (Credit: ITV Hub)

"I didn't bother opening them because I was so annoyed that you'd gone off to that party without me leaving me at home like Cinderella," Vanessa said firmly.

Vanessa did eventually accept his apologies after Eamonn - who had tittered away as she skewered her partner on TV - presented her with a bouquet of flowers on Ben’s behalf 'from Interflora'. 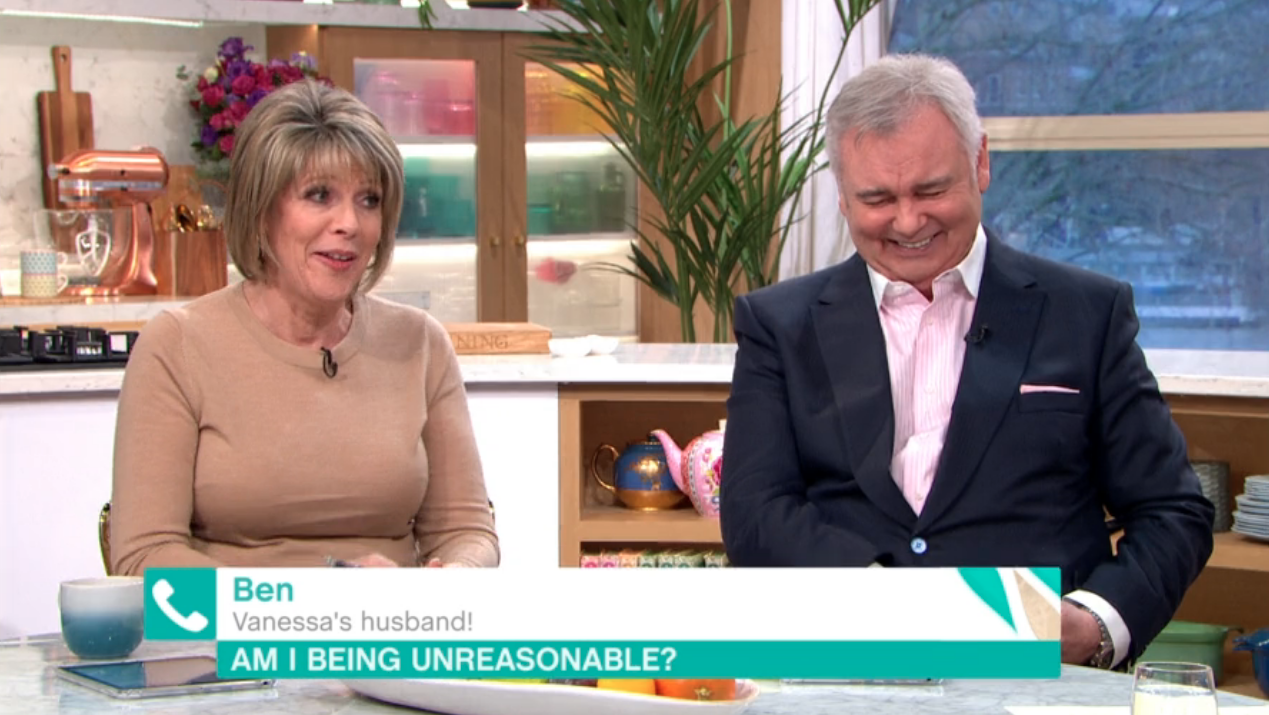 "I love Vanessa and Ben," laughed one viewer on Twitter.

"Happy birthday Vanessa, wishing you a good one and many more to come," tweeted a considerate fan. 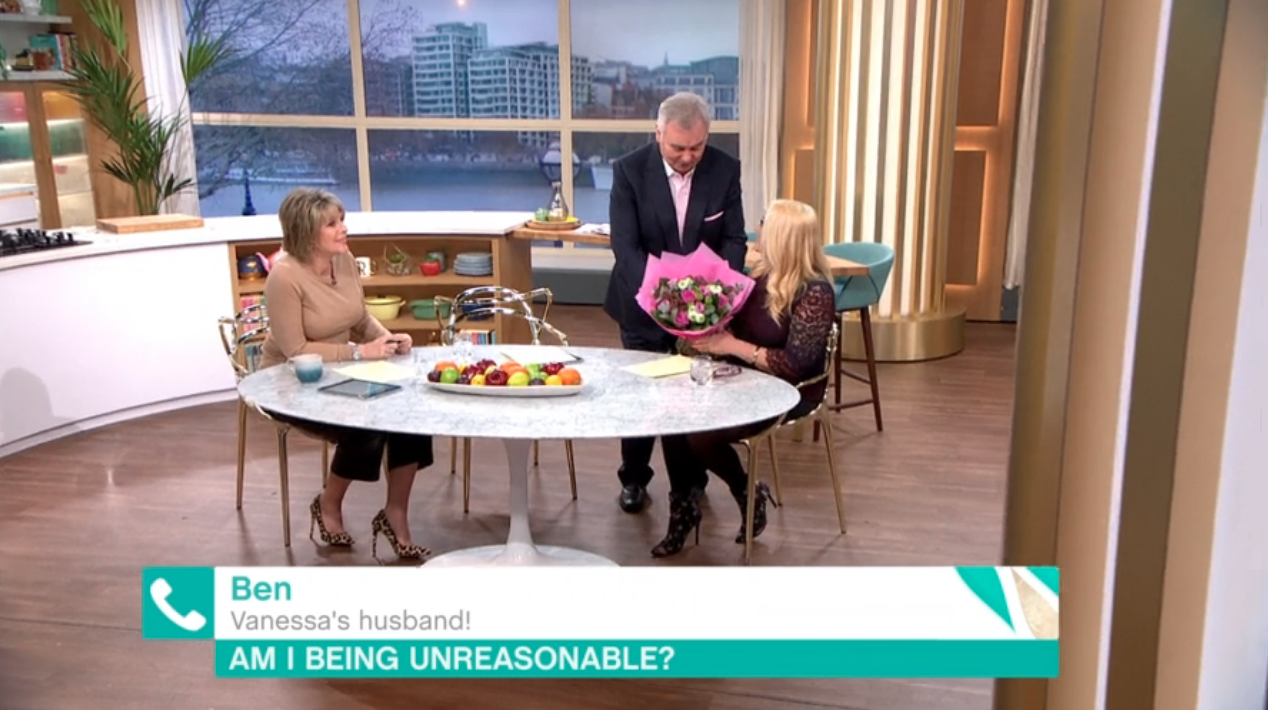 Flowers all the way from the delivery person (Credit: ITV Hub)