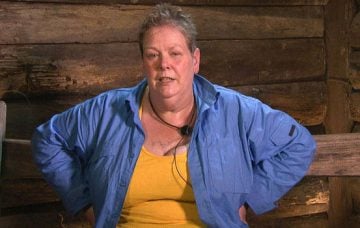 She's had quite a journey

I’m A Celebrity star Anne Hegerty has amazed This Morning viewers with her makeover since leaving the jungle, with some pointing out how much weight she has lost.

The 61-year-old was voted off the show on Wednesday night, which made her the fifth celebrity to be eliminated.

During an interview on This Morning on Thursday, The Chase’s ‘Governess’ wowed as she showed off a very different look as she opened up about her time Down Under.

Anne – who has Asperger’s – sported a glam makeup look and a floral top.

As she spoke to hosts Phillip Schofield and Rochelle Humes, This Morning viewers took to Twitter to compliment her on how well she was looking.

A second commented: “Well done Anne! Watching you on This Morning you look great! How much weight have you lost?”

@anne_hegerty Well done Anne! Watching u on this morning u look great! How much weight have u lost? X

Another added: “Anne tanned good and lost so much weight.”

Jesus Anne has lost a shed load of weight. She looks good #ThisMorning

Talking to This Morning’s Phillip Schofield and Rochelle Humes, Anne revealed she lost weight in the jungle after cutting down on the rice.

Despite campers only having a diet of rice and beans, except when they win meals for dinner, Anne had to stop eating rice on its own because it wasn’t agreeing with her.

She said: “About a week ago my digestive system just said to me, ‘I’m sorry, I’m not having any more rice. I can have beans, I can have rice and beans but I am having no more rice because it is just going straight through’.

The quiz pro had a tough time at the beginning.

She almost walked out but, fortunately, her campmates managed to convince her to stay.

Despite threatening to quit the show on the first day, Anne later admitted she was starting to have fun in camp and stormed her Bushtucker trials.

Do you think Anne left the jungle too soon? Leave us a comment on our Facebook page @EntertainmentDailyFix and let us know what you think!