Alison Hammond found herself in a sticky situation on today's This Morning when she almost got ARRESTED by police in Italy.

The presenter, 44, was filming a competition segment for the ITV show when a group of local bobbies began questioning her and her crew.

And the segment quickly descended into chaos, with Hammond announcing that she was going to be collared as Phillip Schofield and Holly Willoughby watched aghast from This Morning's London studio.

Permit schmermit - you can talk your way out of anything, right Alison? 😂

We're not allowed to film here. I'm going to get arrested. Love you loads!

On this occasion, she was in the Italian city of Pisa – home of the famous Leaning Tower.

However, no sooner had she begun talking to the camera than she was being approached by uniformed police.

She told Phillip and Holly: "Oh my god, we haven't got a permit!"

Incredibly, Hammond managed to keep her cool and even tried to finish the segment.

But as the police closed in, she was forced to end the broadcast, telling the two laughing presenters: "We're not allowed to film here. I'm going to get arrested. Love you loads!" 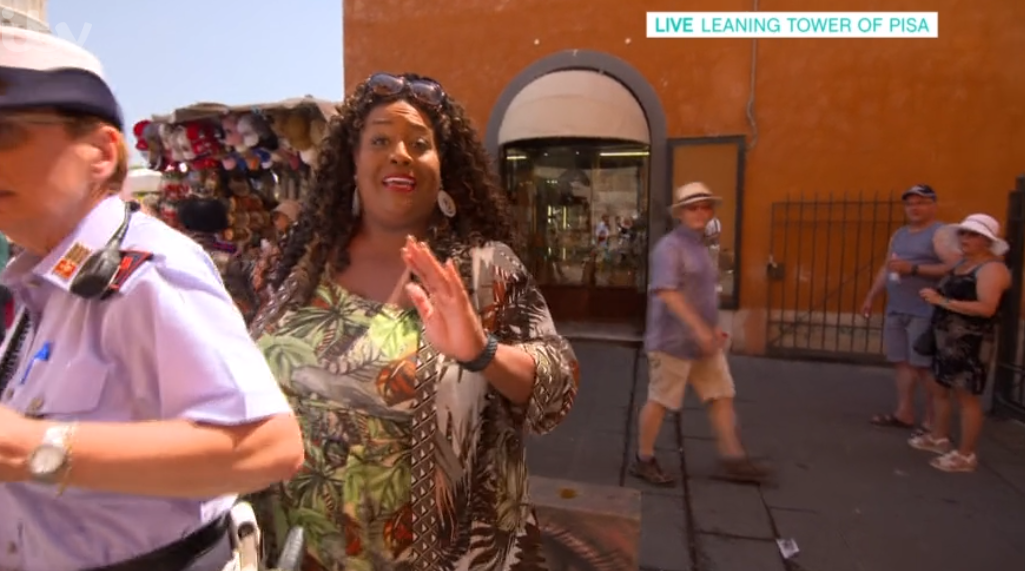 Phillip Schofield and Holly Willoughby couldn't believe what they were seeing (Credit: ITV)

Later in the show, Alison was seen running away from police as she was caught filming on the streets of Pisa again.

Since joining This Morning, Hammond has become notorious for her wacky segments.

In 2017, she reported live from Nottingham as Prince Harry and Meghan Markle made their first public appearance together.

Desperate to get Meghan's attention, she screamed: "Megs! Megs!" before wishing the future Duchess of Sussex luck on behalf of the ITV team. 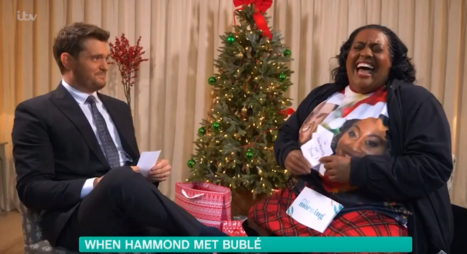 And she even once 'tied the knot' with another A-list star, Dwayne 'The Rock' Johnson, in a fake wedding ceremony.

Breakfast television simply wouldn't be the same without her!