A live broadcast of Sunday Brunch was interrupted due to a technical fault.

The programme was in the middle of a segment about coffee from around the world when it was replaced by a message saying "Programmes continue shortly".

The Channel 4 show was off air for approximately one minute, a lifetime in live TV. 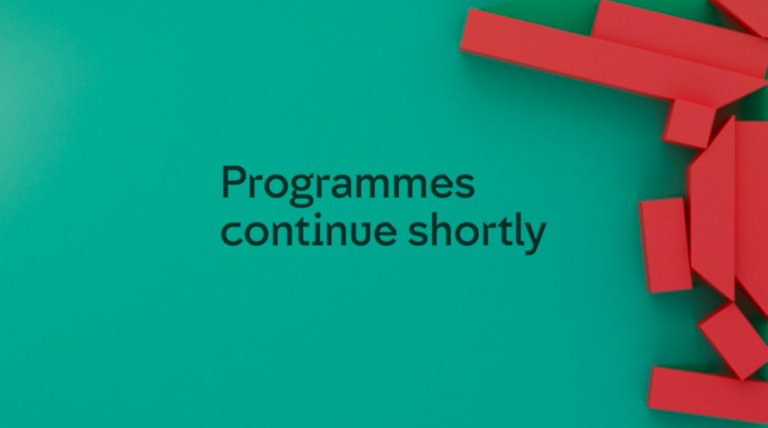 The message that flashed up (Credit: Channel 4)

When it resumed, host Tim Lovejoy said: "We lost some of our viewers due to a technical fault.

"It was amazing, the best telly ever. Welcome back."

Tickled viewers were quick to take the proverbial...

One amused himself suggestion Tim was to blame for the break in transmission.

Tim’s Brain malfunctions as he tries to get his mind around cold coffee 🤯#SundayBrunch pic.twitter.com/LS4Cndufhz

When we win the Bafta for that bit you will see it.

Another joked that the break was the highlight.

Co-star Simon Rimmer added of the missing segment: "When we win the Bafta for that bit you will see it."

Other fans of the show joked that it was the strength of the coffee being served up during an earlier segment this morning that had taken the programme off air.

Hands up if you ❤️ #coffee! @DaveC_Lavazza has brought coffees and snacks from around the world for us today! #SundayBrunch pic.twitter.com/LoRmytMvdv

One wrote on Twitter: "I’m a fan of proper coffee. It seems to have broken the programme though..."

You can catch the latest installment on 4OD.

Bye everyone! Thanks to all our guests for a lovely show 😄😁 and thank you to everyone watching at home! We will see you next week!! 🤩 #SundayBrunch pic.twitter.com/2gZJHcPmVQ