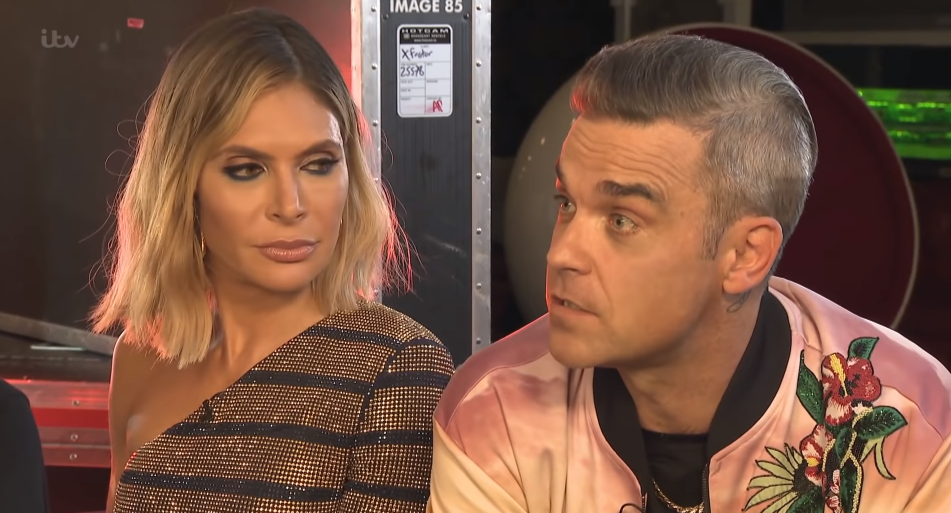 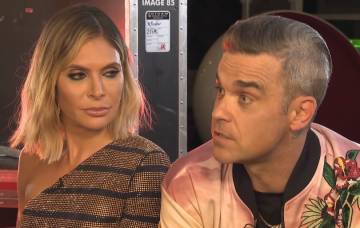 He has some other work commitments

Robbie Williams has revealed he will be missing some of the X Factor live shows due to prior work commitments.

The new judge, who is on the panel alongside his wife Ayda Field, revealed he will be jetting off to South America later this year, therefore, won’t be able to be judge some of the live shows.

Robbie, who recently welcomed his third child with Ayda, admitted he’s “genuinely gutted” by the timing.

An interview with the talent show’s judges Robbie, Ayda, Simon Cowell and Louis Tomlinson was aired during Friday’s ITV’s Lorraine.

When asked about his hiatus from the panel during the live shows, Robbie said: “I’m genuinely gutted I’ve got to go. It was all booked in before, I’m going to go off and do a few gigs in South America.

“I’m looking forward to going down there because I haven’t been there forever but if I’d known, it wouldn’t be happening, put it that way. I’m going to miss the show.”

Although Ayda is going to miss her hubby, the Loose Women panellist joked this will be perfect opportunity for her to “take him down” and make her category win.

“We’re extremely competitive with each other.”

When asked if the show could possibly cause marriage rows, the couple replied: “Not yet.”

Ayda told her hubby: “But I’ll have my eye on you,” before Robbie added: “Simon is hoping it will for the TV.”

On Friday, Robbie and Ayda announced the surprising news that they’ve become parents to a baby girl via a surrogate.

The couple, who are already parents to daughter Theodora, five, and three-year-old son Charlton, have named their daughter Colette Josephine Williams. She’ll be called Coco for short.

Ayda shared their happy news to Instagram via a black-and-white image showing the baby’s hand alongside those of her siblings and parents.

Ayda wrote alongside the photo: “I spy with my little eye an extra little hand.

“So we have been keeping a very special secret! We are delighted to share with you that we have had a baby girl.

I spy with my little eye an extra little hand 👀 So we have been keeping a very special secret! We are delighted to share with you that we have had a baby girl….welcome to the world Colette (Coco) Josephine Williams!! 💕💕 It has been a very long and difficult path to get here, which is why we have kept it on the down low. Family comes in all forms, and this little lady, who is biologically ours, was carried by an incredible surrogate mother, to whom we will be eternally grateful. We are over the moon to have this beautiful baby girl in our lives and so blessed that we live in a world which makes this possible. As with Teddy and Charlie, we ask that you respect Coco’s privacy and allow us to grow into our new team of 5! #TeamWilliams

“It has been a very long and difficult path to get here, which is why we have kept it on the down low.”

She said their “little lady, who is biologically ours, was carried by an incredible surrogate mother” to whom she and Robbie will be “eternally grateful”.

Ayda gushed that she and Robbie are “over the moon” to have another addition to their family.

Were you surprised by Ayda and Robbie’s baby news? Leave us a comment on our Facebook page @EntertainmentDailyFixand let us know what you think!