Most people are pretty terrified by clowns. What's not to be scared of? They're very strange things indeed.

It looks like Lorraine Kelly is one of those many people, as this morning she nearly jumped out of her skin when one came up behind her on Lorraine.

The Scottish presenter was discussing the upcoming horror movie, It: Chapter Two, and it was then that the horror movie turned into real life for her, as a clown crept up behind her and gave her the biggest fright of her life. 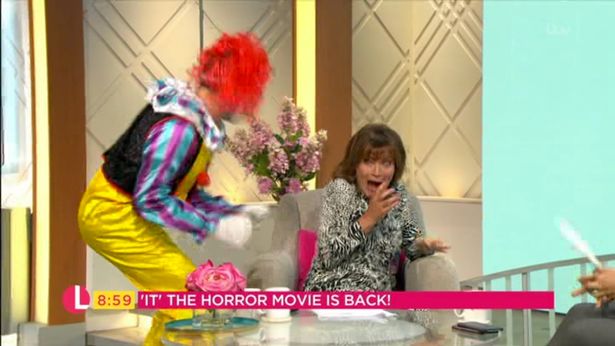 Lorraine Kelly being terrified by a clown (Credit: ITV)

Read more: Penny Lancaster breaks down as she recalls horrific bullying at school

The clown shouted "woo" and Lorraine began to shriek in absolute terror, later admitting that it was "genuine fear".

The rather unpleasant-looking clown then ran out of the studio and Lorraine shouted: "Oh, that's horrible. That was horrible!"

Lorraine then added: "You swines. You absolute swines. I hate clowns. I hate them."

Lorraine, who was rather shaken by the whole ordeal, later admitted that she wanted a stiff drink, preferably gin, after that fright.

"Oh that was really scary," admitted Lorraine who then took a sip of her coffee. 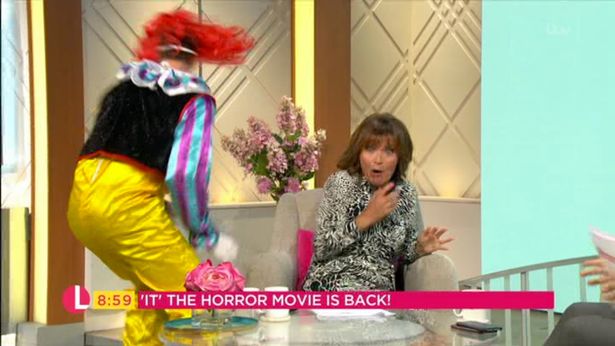 This clown made Lorraine jump out of her skin (Credit: ITV)

She then added: "That was genuine fear."

However, Lorraine wasn't the only one to be genuinely freaked out by the clown and they took to Twitter to make their feelings known.

How she manages to not swear is beyond me!!! A true professional.

Lorraine's official Twitter account jokingly tweeted: "Something tells us @reallorraine is never going to forgive us for this one..."

This sparked a pretty big reaction on Twitter as viewers took to the social media platform after watching the hilarious moment. 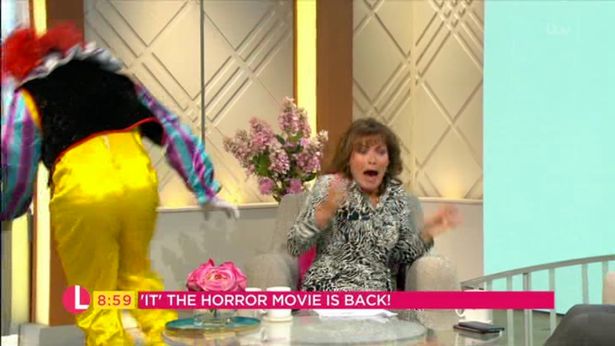 One fan wrote: "How she manages to not swear is beyond me!!! A true professional."

"Oh my god I'm just after choking on my coffee sorry @reallorraine but that was so funny," added another.

It certainly seems as though many people were affected by the sinister clown's sudden appearance on the morning TV programme.

What did you make of the clown's appearance on Lorraine? Leave us a comment on our Facebook page @EntertainmentDailyFix and let us know what you think of this story.