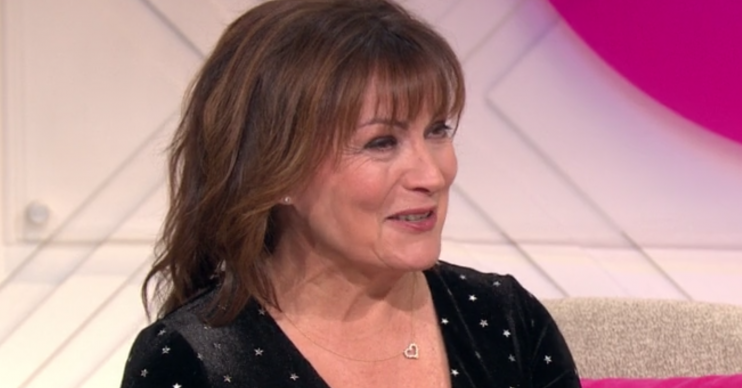 She hailed him for 'being a pro'

TV presenter Lorraine Kelly has hailed Phillip Schofield for ‘being a pro’.

The daytime telly host mentioned her ITV colleague on Lorraine earlier today for the first time since he came out on social media and This Morning on Friday.

Lorraine, 57, was speaking with Ian ‘H’ Watkins and Matt Evers about their Dancing On Ice departure last night when Phillip came up.

It had previously been claimed his DOI colleagues were ‘planning a tribute’ to the star.

A source told The Sun newspaper that cast and crew have been ‘overwhelmed’ by his bravery and courage.

He just got on with it.

“Phillip is a huge part of the Dancing on Ice team and they want him to know they are there for him 100 per cent,” the source is reported to have said.

“The cast are ridiculously proud of him. They will definitely be there to support him at the live show on Sunday and raise a glass to him.

“It’s nothing but love and hugs as he is a massive part of the family, so this is major.”

Axed skaters H and Matt revealed there had been a ‘lot of love in the room’ for Phil at the show recording.

“There was a lovely atmosphere,” Lorraine said.

“Everyone was warm and very kind to Phillip because that was quite hard for him, I think, and he’s such a pro and he just got on with it.”

H was one of the first celebs to pay tribute to Phillip on Friday for his brave reveal, but he wasn’t the only DOI star to do so.

Judge John Barrowman said on his Instagram page: “So proud of you and your family Phillip.

“Welcome to your truth and authentic self. The nation loves you for who you are!

“You are @schofe Can’t wait to hug you and don’t worry we got your back we are #LGBTQ+strong welcome to the family.”

“So very proud to be able to say that I know and work with this courageous man,” she said.

“I cannot begin to imagine how hard this decision must have been but I admire him and his beautiful family even more now! Sending lots of love and support.”

– Lorraine airs on ITV, weekdays, from 9am