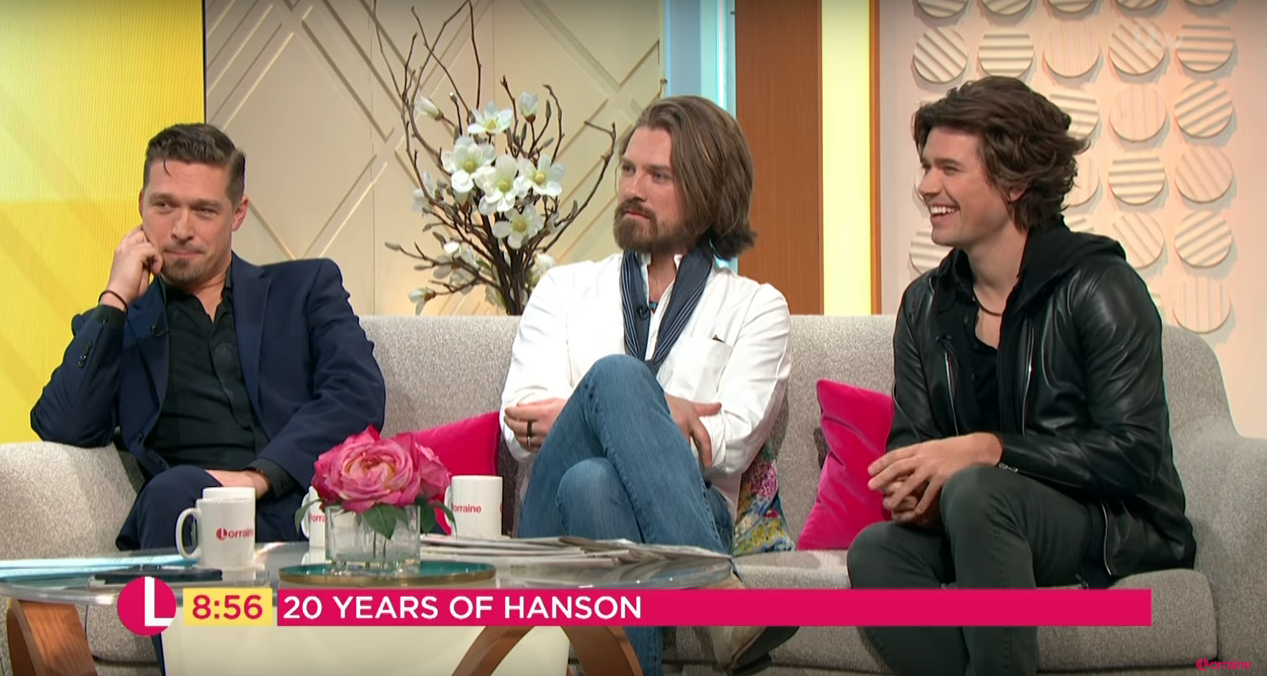 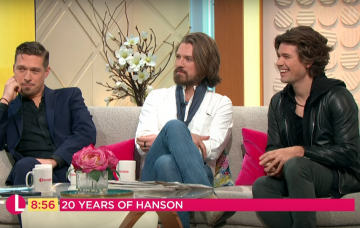 They're all grown up!

More than two decades on from their biggest hit, US pop band Hanson wowed ITV viewers this morning.

Brothers Isaac, Taylor and Zac joined host Lorraine Kelly on her morning chat show to talk about an upcoming gig in Birmingham and brewing their own beer.

But many of those watching at home were more focused on how the lads have grown up since their international 1997 hit MMMBop.

Stunned at how they have changed from being baby-faced teens to well-groomed family men in their mid to late 30s, one viewer seemed particularly taken with how their appearances have altered over time.

A starry-eyed emoji user also agreed there had been a bit of a glow up, tweeting: “How handsome are @hansonmusic?”

But one other fan – while appreciative of the brothers’ looks – found it hard to believe how time had flown since Hanson’s time in the charts.

Read more: Joanna Lumley under fire for KKK joke at the BAFTAs

“I soooooooooo loved them 20 years ago. Where’s time gone?”

But even though many years have passed since their most famous hit, Hanson are still glad to be making music – and always planned to be musicians.

Hinting they were thought of as a one-hit wonder, Zac said: “When we started out people would say to us,’What are you going to do in 10 years?’