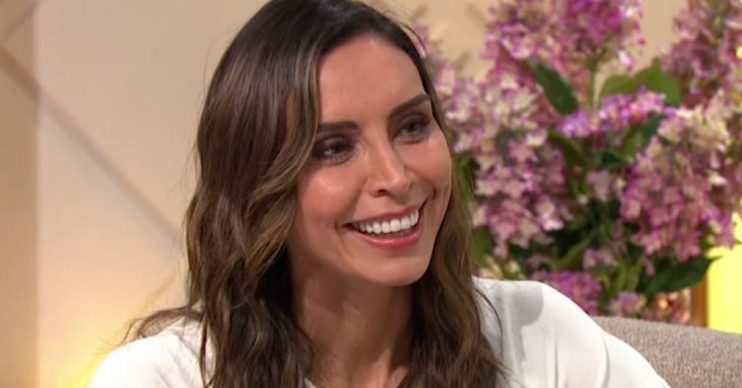 She should have her own show

Christine Lampard has been standing in as host of Lorraine and fans don’t want her to go.

The presenter, 40, has held the fort while regular host Lorraine Kelley is away, interviewing guests including former EastEnders actor Nitin Ganatra and singer Daniel O’Donnell.

On Thursday (24.10.19), Christine took to Instagram to let her followers know her week on the popular ITV talk show was almost up.

She captioned the post, which showed her standing in her outfit from the latest episode: “My week on @lorraine is almost over! Thursday combo is top from @thefoldlondon and trousers from @reiss shoes @russellandbromley.”

Christine’s fans rushed to the comments to beg her to stay on the programme.

One said: “I much prefer you than Lorraine!”

Another wrote: “I want you on the show all the time Christine, pleeeeease!”

A third asked her: “Can’t you carry on?”

You should have your own chat show.

“Going to miss you,” lamented a fourth.

Others who love her presenting style thought the star should be given her own daytime chat show.

“I love you on Lorraine,” said one, adding: “You should have your own chat show.”

“Wish you had your own morning chat show,” echoed someone else.

Among Christine’s guests on the programme this week was ex soap star Kellie Shirley.

During the interview, the actress offered EastEnders fans an update on the health of Walford legend Barbara Windsor.

Kellie revealed that she spent time with Babs recently and said that, despite going through “terrible” days as she battles Alzheimer’s, the Peggy Mitchell actress still has her “fun personality”.

Describing a recent catch-up they had over afternoon tea, Kellie said: “She was on form. She’s got such a sparky, fun personality. She is completely infectious to be around. She puts on a performance, I suppose, when she is with all of us.

“But obviously she is living with dementia, and it depends, day to day. You have good days and you have really terrible days.

“And it’s tough, especially because there is, at the moment, no cure.”

Elsewhere in the interview, Kellie – who played Carly Wicks on EastEnders from 2006 to 2008 – said of the disease: “It doesn’t just affect that person, it affects the whole family.”