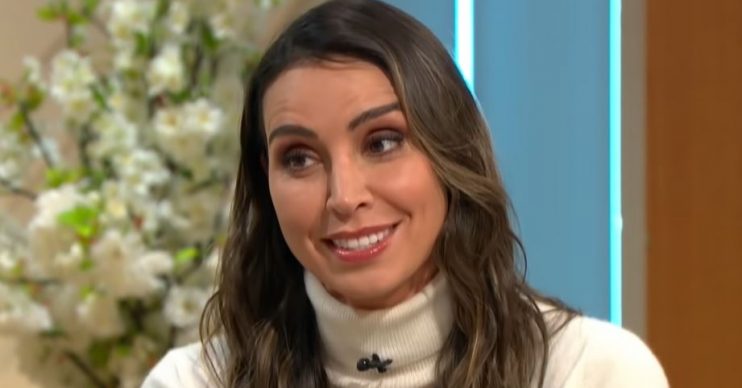 Christine Lampard has revealed on Lorraine that her youngest daughter is the “spitting image” of her former footballer husband.

The presenter, 40, spoke about family life during Wednesday’s (30.10.19) episode and joked that her one-year-old has “none of [her] DNA” but has “big blue eyes” like husband Frank Lampard.

Christine said on the programme: “[Frank] is a very good hands-on dad… he just absolutely adores her and she is the spitting image of him.

“She has none of my DNA. There’s a tiny little bit of curly hair starting at the back and that’s about it.”

The Loose Women host added: “Big blue eyes, like her daddy. But no, he just adores her.”

She has none of my DNA.

Elsewhere in their chat, Christine spoke about the night she met Frank at an awards ceremony 10 years ago.

She told host Lorraine Kelly: “It was one of those nights that neither of us were meant to go. It was a very last minute thing for him and I had been working late and arrived at the awards late. We were tables beside each other and the rest is history.”

Asked if it was true that GMB’s Piers Morgan played Cupid and helped set them up, Christine said: “He was part of it. I’ll give him his dues, he was. He did do a bit of an introduction. I can’t actually take it away from him.”

She added, laughing at the memory: “He is telling the truth, for once.”

Christine and Frank welcomed Patricia to the world in September last year.

The presenter broke news of her arrival with a sweet post on Instagram and told fans she and Frank were “so in love” with their bundle of joy.

She wrote alongside a snap of the three of them in hospital: “Let us introduce you to our little girl. Patricia Charlotte Lampard! We’re so in love.”

Patricia is Christine’s first child and Frank’s third, as he already has daughters Luna, 14, and Isla, 12, from his relationship with former fiancée Elen Rivas.