An emotional Lorraine Kelly shed a few tears on breakfast TV earlier today as she celebrated turning 60 with her brother and daughter and cadets from her beloved Black Watch.

The TV presenter was also surprised with plenty of friendly faces during the show - including Bake Off winner Candice Brown, Craig David and sports personality Chris Kamara - which was hosted by a kilt-wearing Ben Shephard for the day.

But it was an appearance from her family and members of the Scottish infantry battalion that left Lorraine - who has held an honorary position since June 2009 - feeling overwhelmed.

And it turns out the Black Watch had a rather special present for her.

What an honour! Tears are flowing as @reallorraine is named National Honorary Colonel of the @ArmyCadetsUK.#Lorraine60 pic.twitter.com/ocKGLnXUls

Stuart Williams from the Army Cadet Force explained: "We know what a massive impact and influence you had on the Black Watch cadets.

"We would absolutely love for you to be involved again."

He continued: "But this time, on a national role as our national honorary colonel."

Read more: Lorraine Kelly wells up as her parents surprise her with touching message on air

A delighted Lorraine - who will have her own uniform - welled up and thanked the battalion profusely. 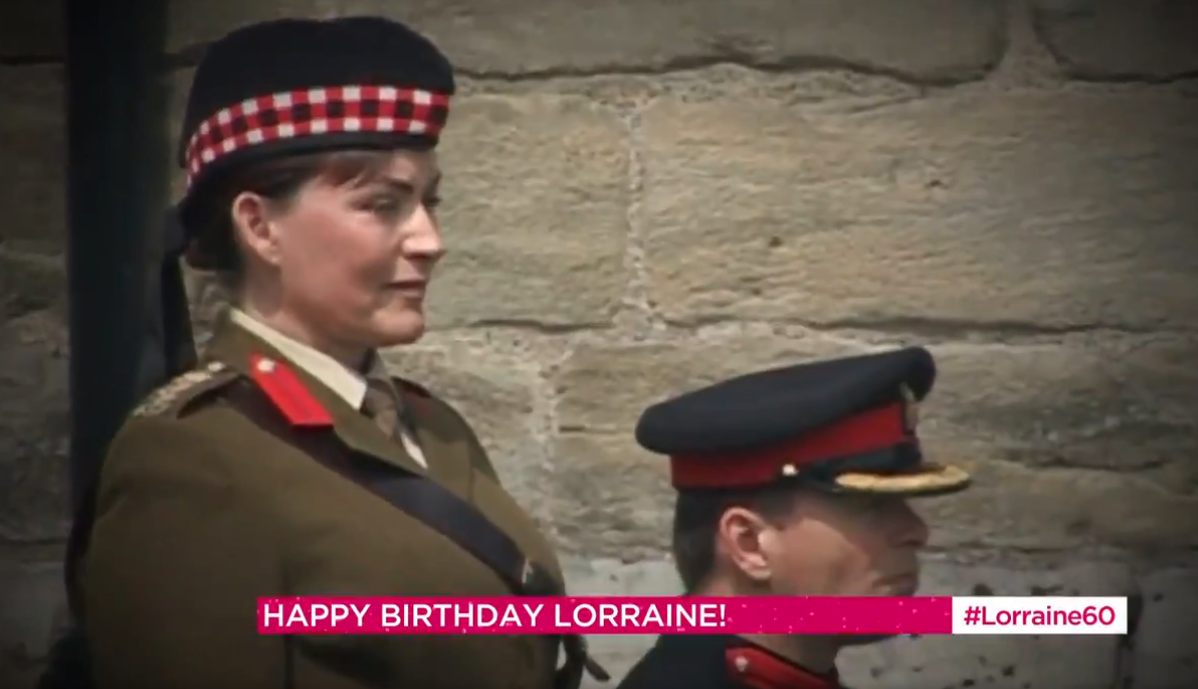 "Gosh that’s amazing, thank you - thank you very much. Goodness me."

Stunned, she added: "That’s incredible - thank you so much and I can’t wait to be working with you again.

"It is brilliant, thank you."

There's not a dry eye in the house as @reallorraine's daughter Rosie and brother Graham surprise her live from Singapore... 😢#Lorraine60 pic.twitter.com/SMW9VUVSXe

Lorraine also sobbed as she chatted to her daughter Rosie and brother Graham in Singapore via video link, admitting she would "love a hug".

Rosie explained that she would be missing seeing her mum in person for the celebrations, but would be home for Christmas.

Many viewers were amazed to realise Lorraine entered her seventh decade, with several suggesting she could pass for much younger.

Another tweeted: "No way is Lorraine 60!"

And another enquired: "Please can you tell me your secret on how you still look so young for 60?"