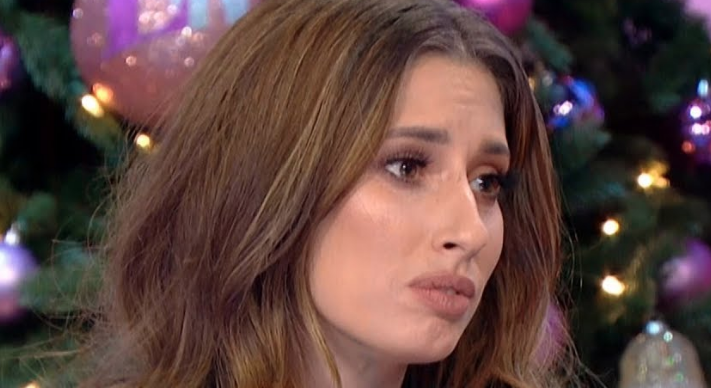 The TV host, soon to be seen on Dancing On Ice, then doubled down on her comments about the popular series regular on the ITV daytime show – leading to one viewer suggesting she should not be invited back.

The awkward moments came as Stacey was reflecting on having three children with different fathers during a wider discussion about Eddie Murphy being a dad ten times with five women.

Seemingly anticipating an intervention from Trisha, Stacey turned her attention to the chat show veteran – although Trisha made it clear she would not judge as she has been married on three occasions.

Nonetheless, Trisha ploughed on with her rather crass next remark, saying: “You know the implication is that you’re fast and loose?”

Fellow panellist Saira Khan jumped in and asked Stacey whether she had experienced negative comments being directed at her.

Trisha has not gone down well today.

But Trisha continued: “Yes, you have. I’ve read them about you.”

But Trisha still didn’t let up, continuing: “I think it’s really unfair but I have read that about you.”

One unimpressed viewer observed on Twitter: “Trisha has not gone down well today #LooseWomen.”

Another slammed her for having “a nasty mouth”.

'Not long ago women were forced to stay in relationships they were unhappy in.’ Our Stacey explains how she feels changing attitudes means women have more choice about leaving an unhappy relationship and being open to a blended family. #LooseWomen

And yet another unhappy onlooker commented: “That Tricia Goddard should apologise to Stacey for her disrespectful comment to Stacey shouldn’t be allowed back on loose women get her off.”

Trisha’s puzzling approach did amuse at least one viewer at home, though.

They tweeted: “Fast and Loose…… you gotta love Trisha #LooseWomen 😂.”