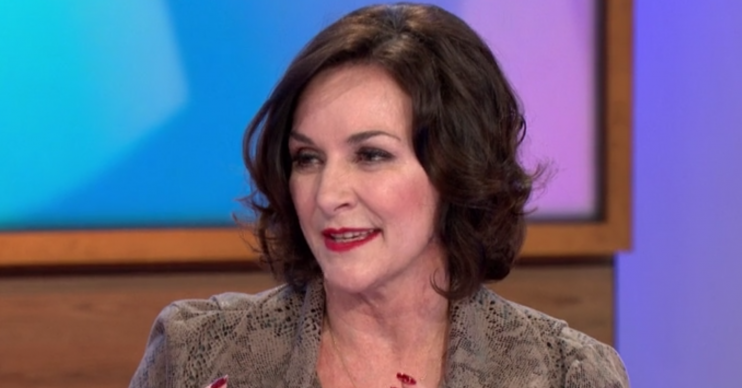 The Strictly Come Dancing star, 59, stressed during an appearance on Loose Women earlier today that she believes it is “important” to offer a home to children who need it.

Shirley is reported to have met Daniel when they both appeared in panto in Liverpool in late 2018.

She has since declared she is ‘happier than ever’ with the actor, despite previously reckoning she might remain single for good after past relationships had “gnawed away” at her confidence.

But now it seems the couple could be making very firm plans for the future after she admitted kids may be on the cards.

Asked about adoption following a discussion earlier in the episode about ex Girls Aloud singer Cheryl’s comments about using a sperm donor to have more children, Shirley smiled when she was asked about her view.

So if we had a home, we could give someone a home.

“It’s funny you should talk about that,” she chuckled, as the studios cameras cut to Daniel, sitting in the audience.

“We have spoken about [adoption].”

Shirley explained: “We’re just in the realms of talking about that in the last six months.

“So if we had a home, we could give someone a home.”

She continued: “It doesn’t matter who has the home, if you can give a home to a child who’s been in care for such a long time, I think it is very important.”

Host Andrea McLean also noted how glad she was to hear Shirley refer to a child that may not necessarily be a baby, claiming older kids may not be seen as such an attractive proposition by people who wish to adopt.

Shirley also addressed how Daniel had been a “massive support” to her as she underwent surgery to remove her breast implants.

“I’m starting to feel happier with myself and I have a boyfriend who accepts me and loves me as I am,” she cooed.

But Shirley does not have much time for abusive and anonymous trolls – and recalled how she dealt with one crank who sent her a handwritten barrage of vile insults.

“I decided to post it [online],” she said of her response, explaining that that hurl abuse deserve to be exposed – and she intends to stand up to the bullies.

Shirley reasoned: “What about the young people? Girls and boys bullied. Nine-year-olds taking their life.

“If you choose to send me those message I will post them with your handle.”

‘If you choose to send me those kind of messages, I am going to post them’

After receiving a nasty hand-written message, @ShirleyBallas has decided that enough is enough and reveals her new rule for dealing with trolls. #LooseWomen pic.twitter.com/X1KgH7zwoa