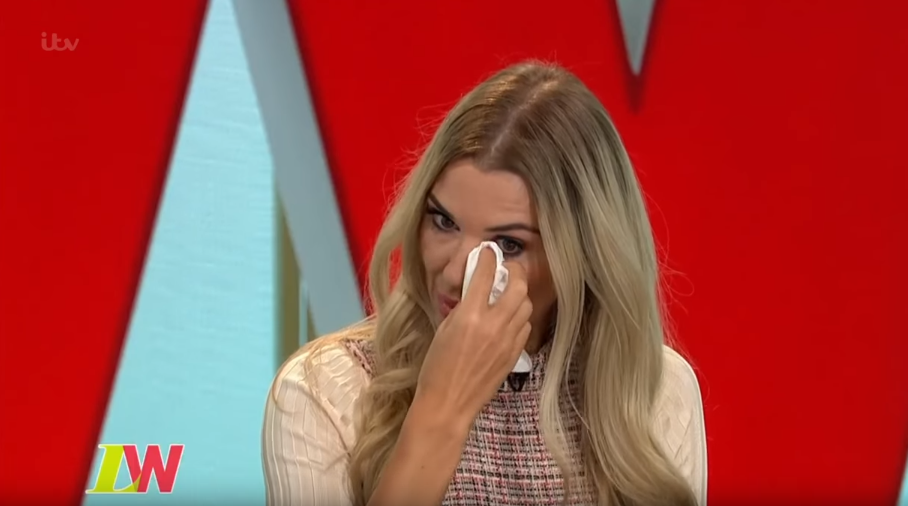 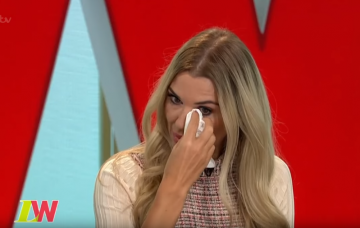 Paddy sent her a heartfelt message

Christine McGuinness became emotional as she spoke about the struggles she and husband Paddy can face with their autistic children.

The couple revealed their twins Penelope and Leo, five, had autism on their fourth birthday last year.

Christine recently said their two-year-old daughter Felicity has also shown similar traits of the condition but a full diagnosis could not take place until she’s older.

On a special edition of Loose Women for Autism Awareness on Wednesday, model Christine, 30, revealed Take Me Out host Paddy “struggled” to “get his head around” the fact their children have autism.

Paddy sent in a special message to the show, calling his wife an “amazing mother and an amazing wife”.

Becoming teary, Christine said: “I have to say he’s amazing too. He’s brilliant. He’s so good.”

When asked if it’s tough dealing with their children’s autism, Christine said: “I find it easy with the children, yes it’s challenging but I just managed it. But he struggled. I just get on with it.

“I’ve just got on with it but for him, he does it because he has to and because he loves the children.”

Speaking about Paddy’s struggle, Christine said: “Just getting his head around the fact we’ve got three children with a lifelong condition that we knew nothing about.

“Nothing can prepare you for that, you’ve got to learn on the job. He’s doing absolutely amazing.”

She added: “He only spoke about it recently. I think it’s harder for men and for dads.

“We’ve always stayed so private anyway. What we have at home is completely different to what he’s used to doing.”

When asked if having autistic children puts a “strain” on their relationship, Christine continued: “It’s just part of the parcel.

“The kids are always going to come first and we just have to make time for ourselves when we can.

“I’ve been with him for 11 years and for the first time he’s been at home for 10 weeks. That’s never happened before.

“But we’re still limited to what we can do. We’ll go to the local village and we always try to stay near the children’s school just in case we get a phone call.

“So we can’t go on romantic nights away and we still haven’t been able to go abroad with the children.”

She quipped: “Thank god I married a comedian because we laugh every day.”

Speaking about her twins’ daily struggles with autism, Christine said: “When they’re not in school, where the routine is the same, we really struggle to go anywhere different if we didn’t give them a visual calendar so they know what’s going to happen day-to-day.”

Christine also revealed she and Paddy are doing a documentary about autism, however, it won’t feature their children because having a camera crew in their home “wouldn’t work”.

She said: “It would be far too upsetting and unusual. We can barely have family in the house so I can’t invite a camera crew.”

Can you relate to Christine’s comments? Leave us a comment on our Facebook page @EntertainmentDailyFix and let us know what you think!