Nadia Sawalha believes parents who cannot afford to look after a baby without having to rely on grandparents should not have any more kids.

The Loose Women panelist received a round of applause for her views from the studio audience earlier today during a discussion about whether grandparents should charge for babysitting.

Nadia, 54, admitted she had been fortunate to have her own mother on hand to help when raising her children but noted grandparents should not be taken for granted as child minders.

Relating how she knew someone who had assumed a parent would look after her younger child, Nadia was adamant that such an expectation was out of line. 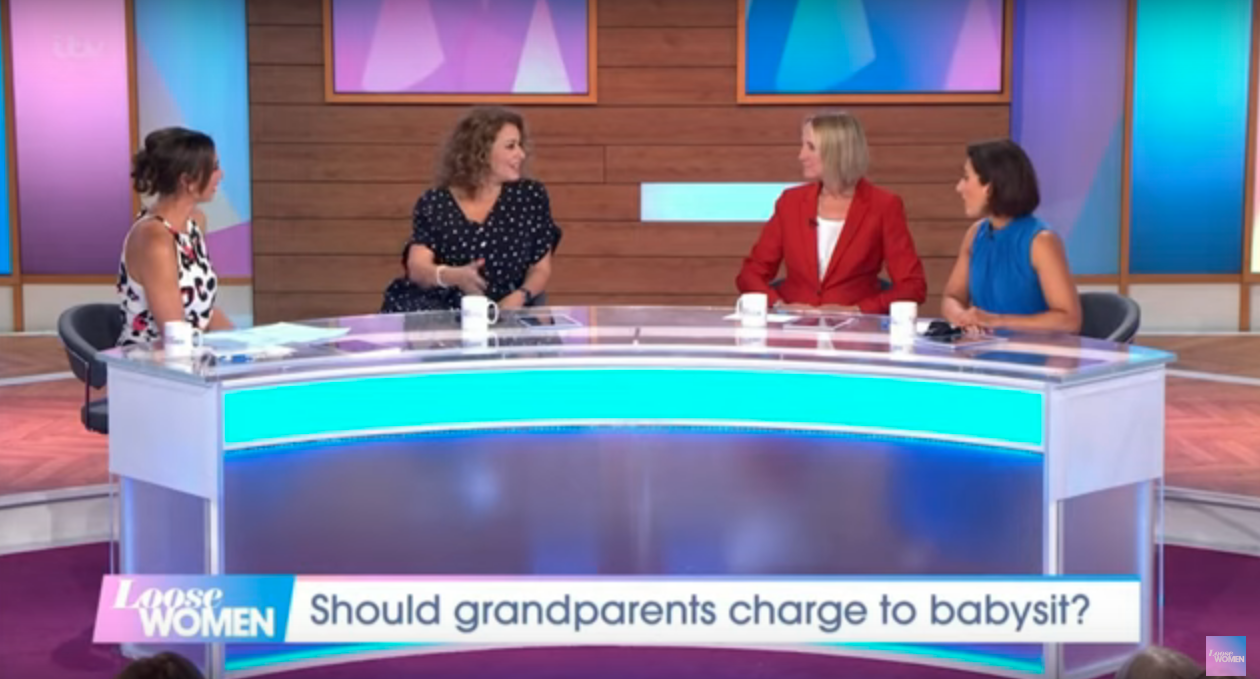 "That is a massive deal," she said.

"To ask someone in their 70s to look after a two-year-old and then a baby.

If you can't afford to look after the baby or pay somebody then I don't think you can have another one.

"The thing is, if you can't afford to look after the baby or pay somebody then I don't think you can have another one."

Thank god I have more good hair days than I do bad hair days ! Although you lot know me well enough to know I don’t always look as glam as this !! People are always asking me what I use on my hair ! So if you are interested and want to try my favourite product @bambeautifulnaturalcare are giving my lovely followers a discount on their products !! Just follow them and quote NADIA15 ! How often do you have a bad hair day ?? #greathair #thinninghair #glossyhair #thickerhair #badhairday #goodhairday #hairstyles #bambeautiful JOIN ME LIVE AT 12 and 3pm tomorrow on @idealworld.tv where I will show you all things hair !! ♥️♥️♥️♥️#ad

Read more: Richard Madeley 'turned down Strictly Come Dancing' because he 'would look so stupid'

Among those responding was former Loose Women panelist Sherrie Hewson. She tweeted: "I love every second."

Another person replied similarly: "I have my grandchildren to help my daughter and son in law so they can work. I'd never charge! They are my absolute treasures and I love every minute."

And a third person pondered: "Charge for their time... how ridiculous.

"I love having my grandkids why would I want paying?

"Then again I suppose if you are child minding while mum and dad work maybe that might be bit different but I wouldn't charge."

‘My mum never did it, she never looked after her grandchildren. She said, ‘I’ve done my time and I’m not doing it again.’

Our Carol explains why her mum chose to opt-out of looking after her grandchildren. pic.twitter.com/qL0H5DPpJg