Presenter Coleen Nolan was forced to apologise on Loose Women after Denise Welch appeared to swear on air.

On Thursday's episode (08.08.19), the two were engaged in a discussion about couples splitting up later in life with regulars Nadia Sawalha and Jane Moore. 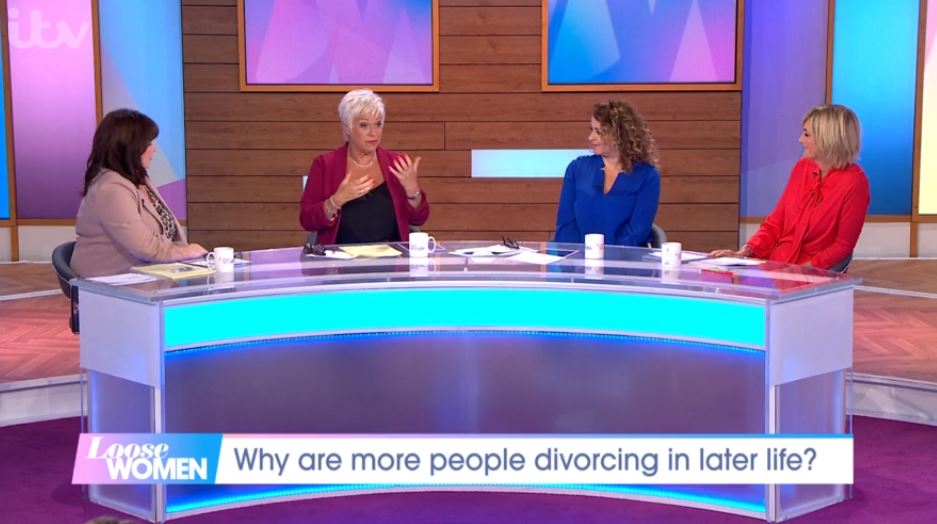 They were chatting about 'silver splitters' (Credit: ITV)

As they chatted about so called 'silver splitters', Coleen awkwardly told viewers: "We do have to apologise to anyone who can read lips and noticed Denise's bad language."

Denise is believed to have mouthed, "For [bleep's] sake" earlier in the show. 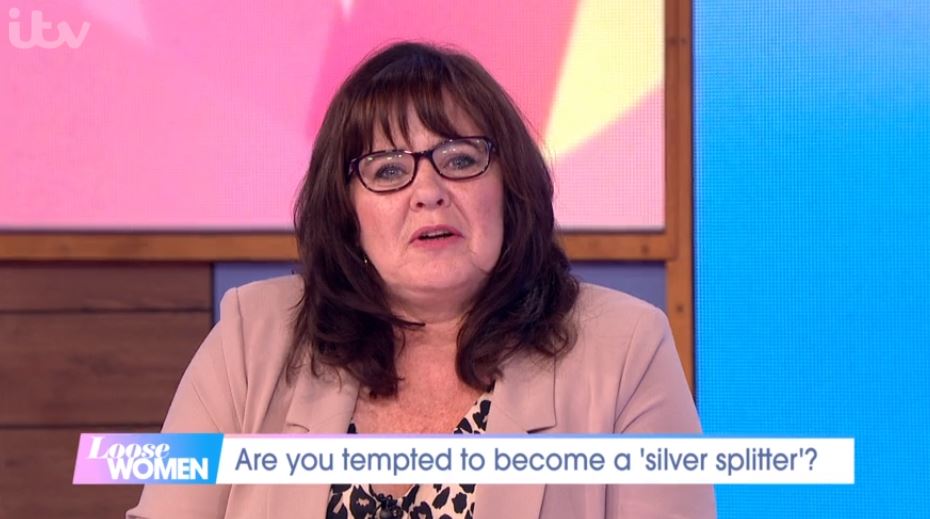 Coleen had to apologise to viewers (Credit: ITV)

She protested, after being pulled up: "I am always getting told of for swearing, I didn't even swear!"

But Coleen insisted, "You mouthed it! Say sorry, Denise" and her co-star apologised. 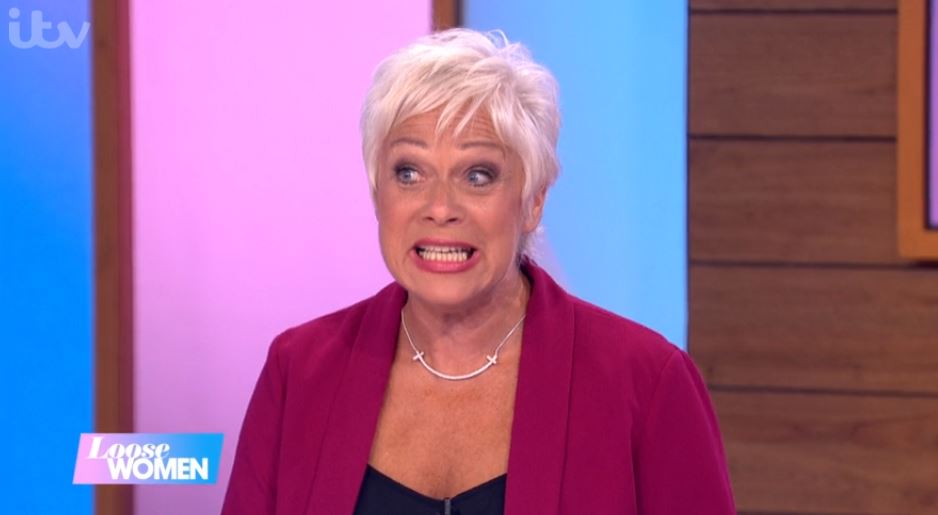 Denise is believed to have mouthed a swear word (Credit: ITV)

Elsewhere on Thursday's episode, Emmerdale star Chris Bisson gave away a teaser of what's to come in the soap.

Chris, who plays factory owner Jai Sharma, appeared on the programme to talk about the recent fire storyline in the ITV soap.

You mouthed it! Say sorry, Denise.

Last week character Frank Clayton left the burning sweet factory but as he got out, there was an explosion and Frank was thrown against the van.

Jai and his family were in financial trouble before the fire. Now, they are relying on the insurance money to keep them afloat and pay off their loan with Kim Tate.

But the villagers don't know that Kerry Wyatt and her daughter Amy sabotaged the CCTV footage in the factory after Kerry broke in and stole charity money from the safe so her daughter could pay off a debt. 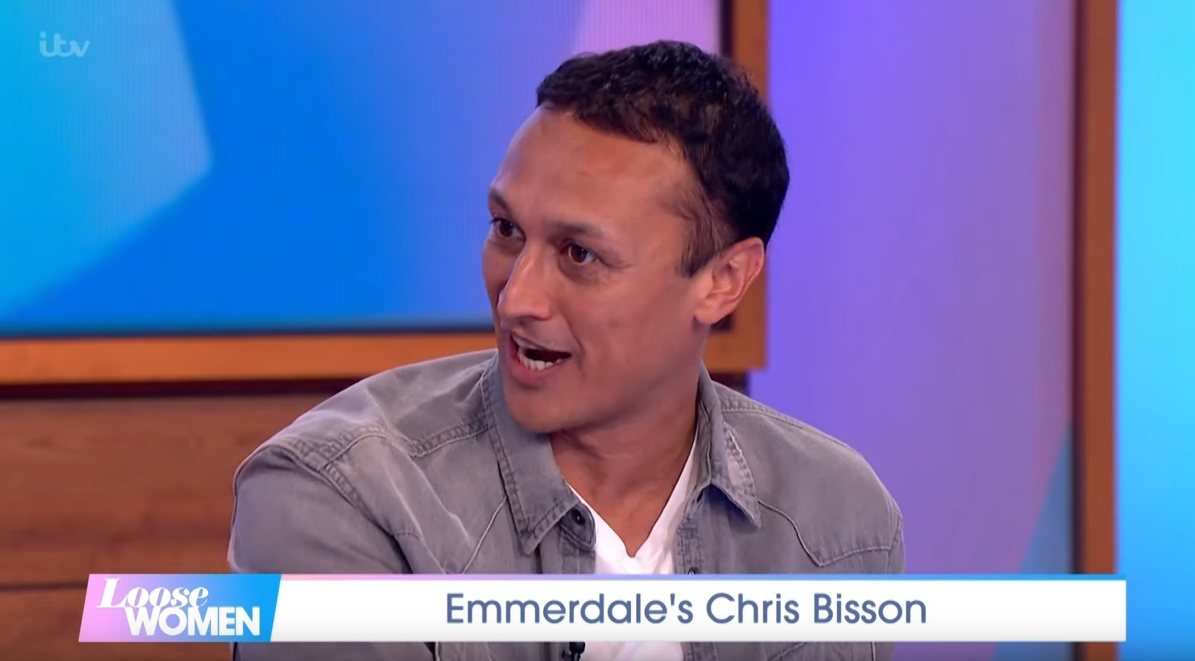 Emmerdale's Chris Bisson was on the show (Credit: ITV)

On Loose Women, Chris said: "Jai's right in the middle of it. It's his factory, his dad has made a mess of it and he's trying now to pick up the pieces.

"The factory workers are all out of work so they're on his case, and obviously Frank has died and he's with my ex-wife [played by] Gaynor Faye, so she's grieving and giving Jai a hard time."

Placing a hand over his mouth, fearing he had given too much away, Chris then said: "Oh, I don't know if we've got to that bit yet."