Known for his normally close-cropped hair cut and clean-shaven face, John was sporting long shaggy hair with a moustache as he joined the panel.

In fact, he looked so different, host Andrea McLean immediately picked up on it.

She pointed to his face and said: "This! What's going on?" 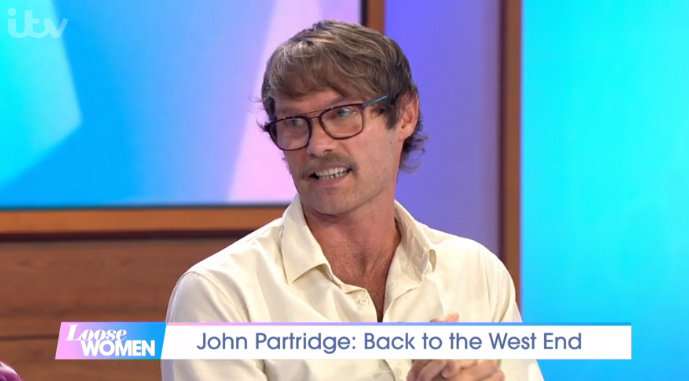 John certainly looked a world away from Christian (Credit: ITV)

"This is overspill," he replied.

Carol McGiffin was quick to comment: "It suits you."

It's what I love about acting, you get to be somebody else for a while. 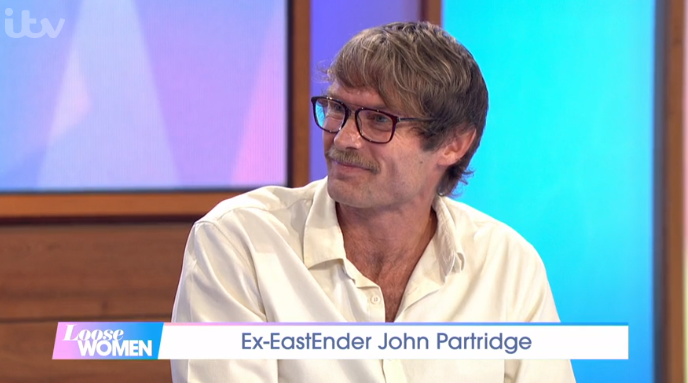 He then revealed his next role - in an upcoming stage production of Cabaret - will see him go completely bald for six months, and he confirmed he will be shaving his head for real.

So any fans of the shaggy look, better get their fix now.

Though it turns out, not many viewers were that impressed...

He needs a haircut and a shave

Looks like he's been dragged in off the street #LooseWomen

During his appearance with the Loose ladies, John also teased a potential return to EastEnders.

The star played Christian Clarke from 2008 to 2012, where he was in a relationship with Muslim character Syed Masood. 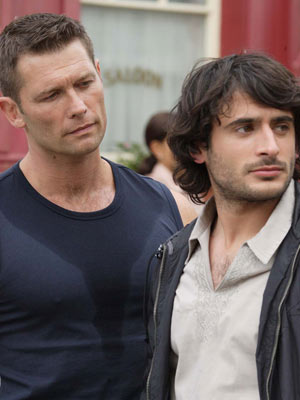 After Syed finally accepted his sexuality, the pair went off to live in Birmingham, but Christian has popped back since, most notably when his step-niece, Lucy Beale, was murdered.

John went on to appear on Celebrity Big Brother and he won Celebrity MasterChef last year.

Speaking about returning to EastEnders, John said: "Listen I'm a jobbing actor, I say yes an awful lot. I never say never to anything. I'm happy where I am right now but who knows."