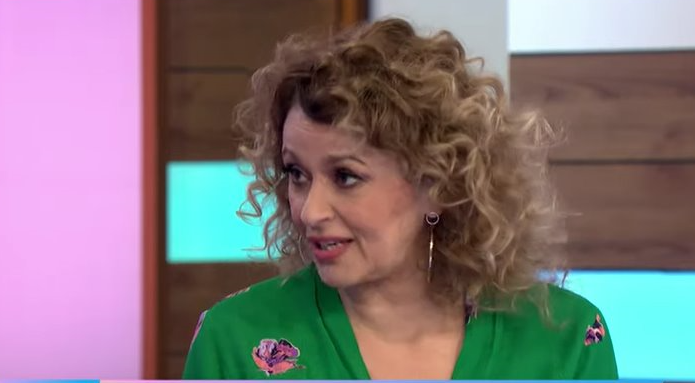 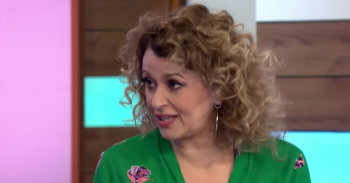 Some thought she stole the attention from their Hollywood guest

Nadia Sawalha has come under fire from Loose Women fans after her appearance on the ITV chat show today.

Nadia and her fellow Loose Women were joined by Hollywood star Charlie Sheen, but she was accused of turning the attention on herself.

As the women interviewed Charlie, Nadia, 54, was eager to talk about her own experiences with him but some viewers felt she was trying to hog the limelight.

Charlie, 53, was asked about his experience of therapy and his road to recovery after battling past demons, but Nadia then began relaying the story of her own husband Mark.

She spoke about Mark entering rehab 15 years ago and how she would go to visit him.

She expressed that the experience was “incredibly tough”, explaining: “My husband’s been 15 years in recovery, what you’re saying, it feels like it’s a different person.

“I remember I used to go in and have to talk to him about things he’d done.”

Charlie, who is now sober, tried to lighten the mood by insisting it’s “not impossible” to make amends in rehab.

Viewers of the show weren’t too impressed by Nadia’s antics and took to social media to complain.

One watcher commented: “It’s not about you Nadia 🙄#loosewomen.”

A second added: “Nadia is a pain, Charlie has not got a clue what she’s on about #loosewomen.”

A third jibed: “Nadia really is out to impress isn’t she? 🙄🤣🤣🤣#loosewomen.”

It’s not about you Nadia 🙄#loosewomen

Nadia really is out to impress isn’t she? 🙄🤣🤣🤣#loosewomen

Meanwhile, other viewers bemoaned that Nadia always brings up her husband in conversations on the show.

One ranted: “Ohhh knew Nadia would have to pipe up about her Mark 🙄 #LooseWomen.”

A second agreed, tweeting: “Oh dear Nadia it’s not about you or Mark stfu #loosewomen.”

Hollywood superstar @charliesheen opens up about how managed with his addiction at the height of his career.

Nadia also brought up Charlie’s ex-wife Denise Richards, who he is amicable with, telling him she was a big fan of her show Real Housewives of Beverly Hills.