Andrea McLean was forced to apologise on today's Loose Women over a joke Denise Welch made about Coleen Nolan.

The panel welcomed back Coleen, 54, to the programme after she enjoyed a break and the star revealed her coat Lily is pregnant.

Coleen said Lily got pregnant with kittens after she "went off with the local tomcat". 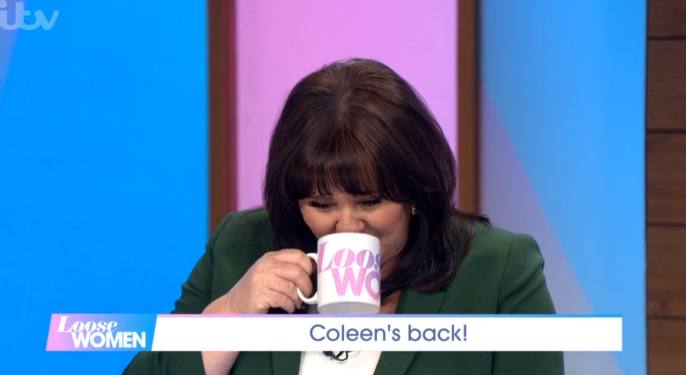 Coleen said: "I'm going to become a grandma," as the audience clapped and cheered.

Clarifying things, the star said: "My pedigree cat, Lily, I was saving her for the right pedigree ragdoll male and she jumped out of the bathroom window and went off with the local tom cat."

Well at least one of your pussies is getting a bit of action.

Denise then joked: "Well at least one of your pussies is getting a bit of action," as the audience and panel erupted into laughter.

Andrea said: "It's only Monday," to which Saira Khan said: "Only she [Denise] could get away with it."

Denise said: "I probably won't get away with it believe you me." 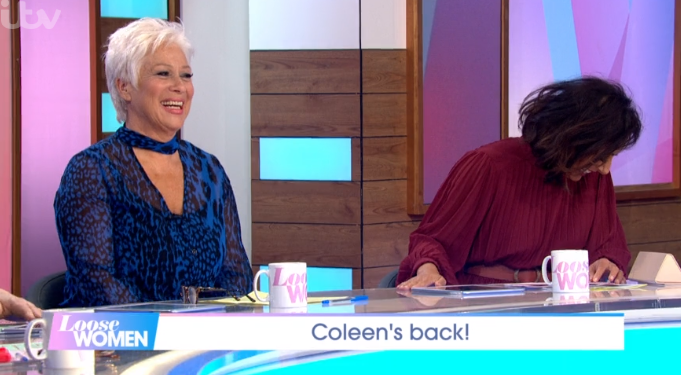 Andrea told viewers: "That was obviously a joke but we apologise if anyone was offended."

One person said: "Hilarious @RealDeniseWelch I spat my soup out."

A third tweeted: "Thanks for that Denise!" alongside a GIF of a shocked cat.

I spat my soup out 😂#pussygate

Elsewhere, Coleen spoke about suffering from the flu at the start of the month.

She said: "I had a lovely Christmas and New Year, got through it all - fabulous. And then New Year's Day, boom. I got that awful flu.

"I've not been that ill since I was a kid. I literally could not move."