Jane, who became known to the public in 1998 after her appearance on the BBC show The Cruise, announced the news earlier today via her Twitter account.

She wrote: "I'm really excited to announce that I'll be a guest on @loosewomen tomorrow (Wednesday 4th Sept). Tune in at 12.30pm on @ITV."

Jane has been really busy touring the country this year, and she's recently added a few dates in 2020, and her fans will undoubtedly be very interested to see what she has to say on the show tomorrow. 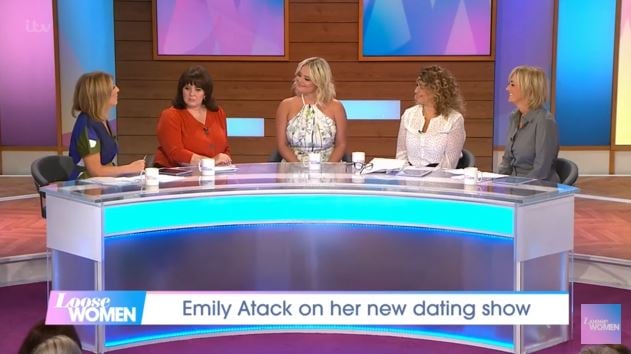 Jane was once a regular panellist on the show, and many fans commented on her post pleading with her to go back on Loose Women for good.

I'm really excited to announce that I'll be a guest on @loosewomen tomorrow (Wednesday 4th Sept). Tune in at 12.30pm on @ITV pic.twitter.com/ABjcslXjeX

Miss your laughter and banter on Loose Women. Will be watching for sure, all my love.

One fan wrote: "I hoped you would be on at some point," while another added: "Go back permanently."

A third fan said: "YESSSSSSS - wish you could return full time. Hopefully @RealDeniseWelch and @McGiff will be on the panel with you."

One viewer commented: "Miss your laughter and banter on Loose Women. Will be watching for sure, all my love."

This comes after the daytime TV programme recently celebrated 20 years of being on the telly.

Six of the show's panellists enjoyed a girly weekend away last weekend.

Captioning the pic, "That's it. We've had enough of @the_mcgiff and @iamsairakhan and put them in the stocks for a bit of peace," both Carol and Saira are shown with their legs placed in what looks like an old stocks."

She followed up the caption with some hashtags which might suggest they were staying in the historic Stow-on-the-Wold in The Cotswolds in Gloucestershire.

Are you looking forward to seeing Jane return to Loose Women? Head over to our Facebook page @EntertainmentDailyFix and let us know what you think of this story.