Jane McDonald appeared on Loose Women earlier today and she revealed a rather fascinating truth about her time as a panellist on ITV's daytime TV programme.

Jane was a panellist for 10 years and she began her time on the show shortly after her divorce from her former husband, Henrik Brixen in 2003.

She told the Loose Women panellists today that it was the start of "ten years of therapy" for her. 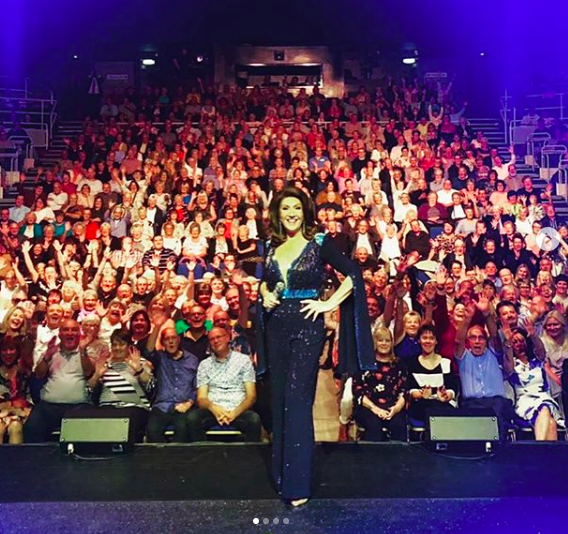 Read more: Jane McDonald will be a guest on Loose Women tomorrow

During her appearance on the programme earlier today, which is currently celebrating 20 years on air, Jane revealed: "It was a terrible time, I was [still in love] and it’s a shock when you face your faults and when someone who doesn’t love you any more walks out.

"Everyone had followed this Cinderella story of me meeting my prince charming and then he took off.

“It saved my life really, Loose Women has just been amazing. It has been ten years of therapy.”

Five years after her split from Henrik, The Cruise star bumped into musician Eddie Rothe, whom she had shared a teenage romance with.

He was away on tour, five or six weeks and I thought this was the same problems we had before.

The two ended up getting back together and despite having a rather rough patch which saw the couple split for a while, Jane revealed how Loose Women actually managed to save her relationship.

It saved my life really, Loose Women has just been amazing. It has been ten years of therapy

Apparently it all took place when she had to do a live link with Eddie who was in Australia at the time. The problem was that her Loose Women colleagues had no idea that the pair had split up.

Jane explained: “The day before I was on the phone to him and I thought, ‘I can’t do this again’ because we had been together 27 years prior and the same thing was happening.

"He was away on tour, five or six weeks and I thought this was the same problems we had before.

“So the night before that clip I was like ‘I can’t do this anymore, it’s been lovely I wish you all the best’, and then I heard the phone ringing and I thought ‘who’s ringing him at this time?’

As we're celebrating 20 years of laughter, how fitting to have the lady of LOLs herself on the show... Loose legend @TheJaneMcDonald⭐️#LooseWomen20 pic.twitter.com/ONFFv0ilOb

“And I thought he’s seeing someone else. That’s it, it’s over. And it was the Loose Women team!”

Jane explained how the show helped her and Eddie to discuss their issues and it resulted in him leaving The Searchers and return to the UK.

He then went on to support Jane with her career and the two have been together ever since.