Coleen Nolan became emotional as she received a message from her son on today's Loose Women.

The star, 54, spoke about her life as part of the show's new segment, Life Before Loose, where the show will "dig deep" into the lives of those who have been part of the programme for a while to mark 20 years of it being on air.

Today was Coleen's turn and she became choked up and had to reach for the tissues when her son Shane Jr sent her a video message. 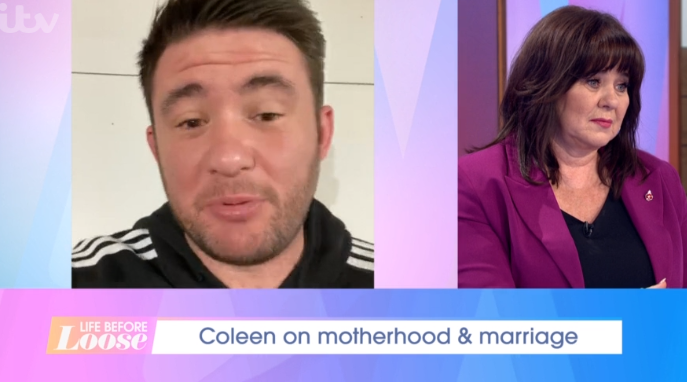 Shane sent his mum a message, calling her an "amazing" mother (Credit: ITV)

"I just want to say how great you are as a mother and I think Loose Women made you a better mother because you get help from the other ladies.

I couldn't think of a better friend and better mum who's been there and done everything for us.

"But honestly, I couldn't think of a better friend and better mum who's been there and done everything for us. I think you're amazing."

Ruth Langsford passed Coleen a tissue as she began to tear up.

Coleen joked: "You're horrible on here!" 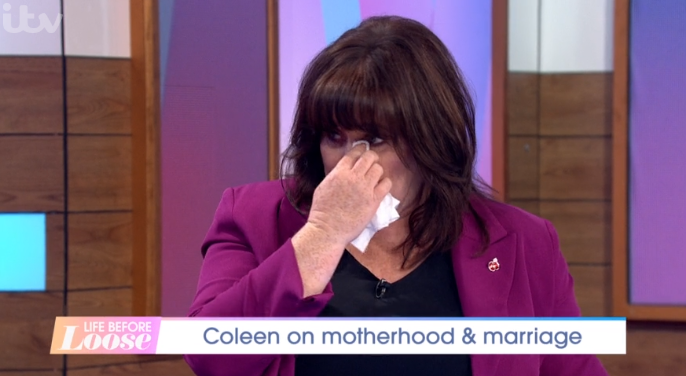 Coleen became choked up and had to reach for the tissues (Credit: ITV)

Speaking about her kids' musical talents, Coleen said on the show: "It's quite strange... I've never pushed them to do it.

"They've just grown up with a singing family and they can just sing. I don't know how that happens, it must be genetic. I'm so so proud of them."

During the segment, Coleen also spoke about her own childhood and said she found her dad "scary" when he had "too much to drink".

She said: "I loved him until he’d had too much to drink and then I found him scary. He was quite argumentative."

‘One Christmas my mum pawned her wedding and engagement ring because they didn't have enough money.’

Coleen shares stories from her childhood in our latest instalment of our ‘Life Before Loose’ series. #LooseWomen pic.twitter.com/OepWrqJjfz

Read more: Phillip Schofield scolds Gino D'Acampo as he interrupts his cooking segment on This Morning

Coleen added: "I’ve got such wonderful memories of childhood because my mum and dad made it so special.

"Christmas was a massive event in our house. It was so hard for my mum and dad, we didn’t have money. Certainly not enough for eight kids. We’d get one present from Santa.

"They’d never wrap them. Your present would be sitting under the tree. It was just magical."