Coleen Nolan was left stunned as she joked that Nadia Sawalha had called her "fat" on Loose Women.

During today's show, the panel were discussing whether it's okay to joke about your partner's weight.

Coleen revealed that her family joke about her weight on a regular basis, and it doesn't phase her. 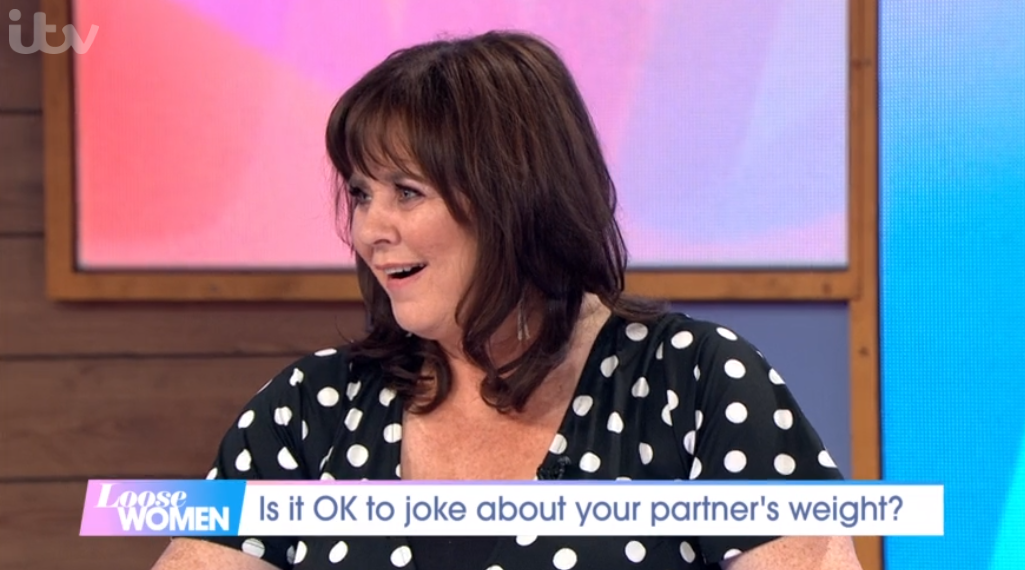 Read more: Coleen Nolan unrecognisable after she gets a Love Island makeover!

She said: "They joke about my size all the time, I think it's funny.

Nadia said: "But you are with people that you know very well and love you very much.

"But I don't think you can be throwing away funny comments about people's weight unless you really know because it can be so hurtful.

"But you're very comfortable with your fa..." as she stopped in her tracks and started saying something else. 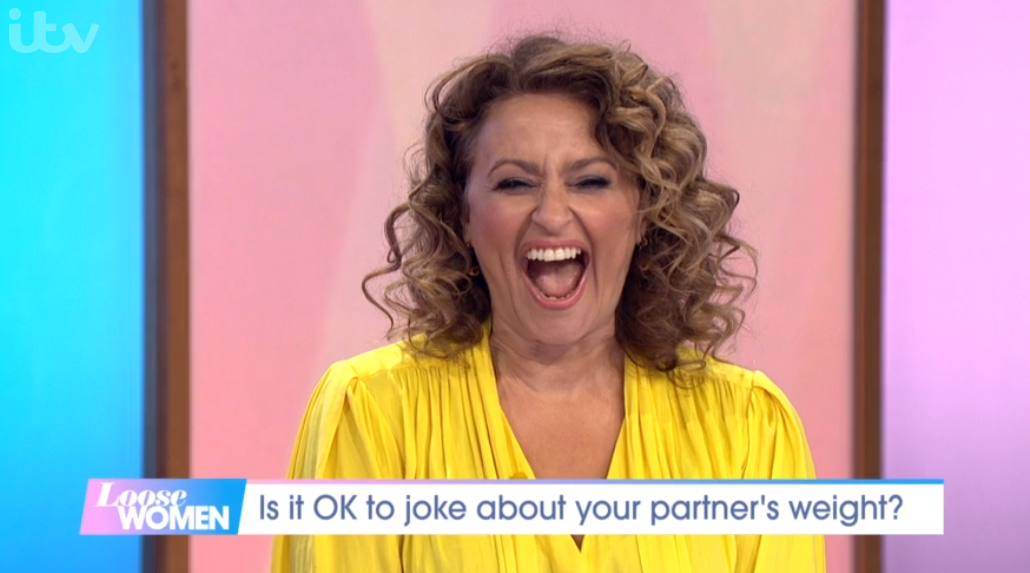 Nadia forgot to finish her sentence so it sounded like she called Coleen "fat" (Credit: ITV)

Coleen interrupted: "With my fat?!" as the panel and audience burst into laughter.

I mean, we all know we're overweight, let's not joke about it.

As the audience jokingly booed, Nadia exclaimed: "I wasn't saying that!"

Coleen said: "You were going to say family, weren't you."

Nadia replied: "Yeah, you would be happy with your family saying that. I mean, we all know we're overweight, let's not joke about it."

Coleen quipped: "Well I do now, thanks!"

One person said on Twitter: "Nadia to Coleen: 'But you're very comfortable with your fat,'" followed by a laughing face emoji.

Nadia to Coleen: "But you're very comfortable with your fat" 😂 #LooseWomen