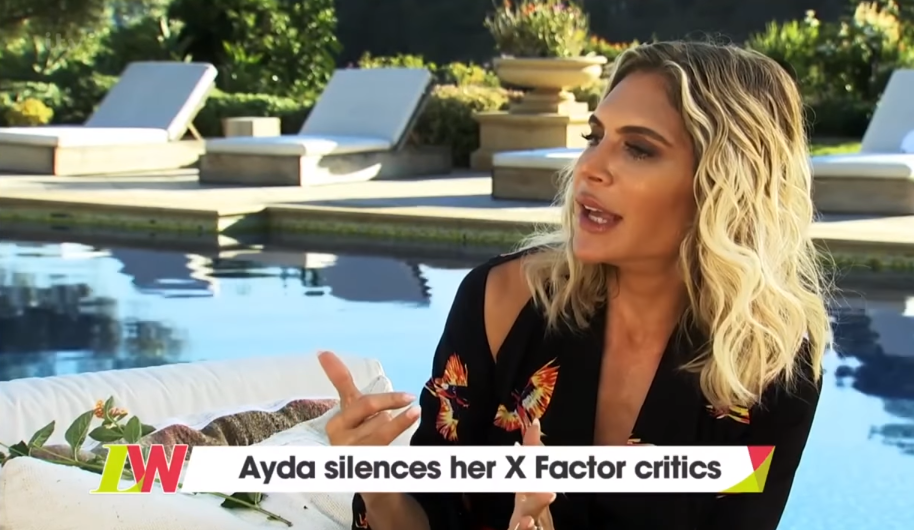 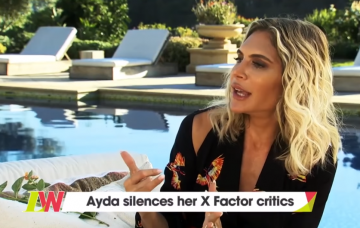 Ayda Field has opened up about being a mum for the third time after welcoming her baby daughter, Coco, with husband Robbie Williams.

During a pre-recorded interview on Loose Women on Friday, Ayda said she and Robbie are living in a “pink love bubble” with their new baby at the moment.

Ayda, 39, admitted their lives are much busier now with three kids, revealing she was wearing “six layers of foundation” on her face and even passed out prior to the interview.

When panellist Stacey Solomon asked how she manages to juggle work with a newborn baby, Ayda said: “Well there is about six layers of foundation on my face and I did pass out this morning.

“It is kicking off, but in the most amazing way.”

Gushing over their new bundle of joy, Ayda continued: “Rob and I and the kids are over the moon, we’re in a pink love bubble now.”

Ayda said she feels “so grateful” to have another baby – who was delivered via a surrogate last month – as she didn’t think it was going to be possible.

She added: “I feel so, so grateful. I just didn’t ever think this would happen. I thought I was gonna lose, and this wasn’t meant to be, but for her [Coco] to be in our lives, it’s more than I can put into words. I’m a very, very fortunate mommy.”

The couple are also parents to daughter Teddy, six, and three-year-old son Charlie.

Moving on to discuss being a judge on this year’s X Factor, Ayda opened up about working alongside her hubby Robbie.

She said: “The show, when you see it, is so short compared to what we film, and there are so many cheeky moments that are happening between us non-stop.

Robbie recently revealed that Coco – who has actually been named Colette Josephine Williams by her famous parents – is a lot “more chilled” than his other kids were as babies.

The Angels singer told The Mirror earlier this month: “Coco Josephine Williams, she’s the most chilled baby that we’ve ever had out of all three of them.

“And it’s interesting, the progression [as] a parent – from the first child where, when they go to sleep, if you hear something two miles away you wanna send somebody two miles away to tell them to shut up.

I spy with my little eye an extra little hand 👀 So we have been keeping a very special secret! We are delighted to share with you that we have had a baby girl….welcome to the world Colette (Coco) Josephine Williams!! 💕💕 It has been a very long and difficult path to get here, which is why we have kept it on the down low. Family comes in all forms, and this little lady, who is biologically ours, was carried by an incredible surrogate mother, to whom we will be eternally grateful. We are over the moon to have this beautiful baby girl in our lives and so blessed that we live in a world which makes this possible. As with Teddy and Charlie, we ask that you respect Coco’s privacy and allow us to grow into our new team of 5! #TeamWilliams

“Then on the third one, you know, the kids are fighting, the TV’s on and baby stays asleep, and I think, because we’re more chilled, she’s more chilled.”

The 44-year-old added: “She doesn’t know what the smile is, but that’s all she’s up to right now – is being adorable and not giving us any hassle whatsoever.”