ITV viewers savaged a guest on The Jeremy Kyle Show earlier today because of his teeth - even though they may help keep him in a job.

Buck-toothed Jay was appearing in the studio because the mother of his child won't let him see their baby son.

They previously appeared on the daytime programme when a DNA test proved he is the daddy.

However, since then he has bagged plenty of work, racking up four separate jobs at the same time. 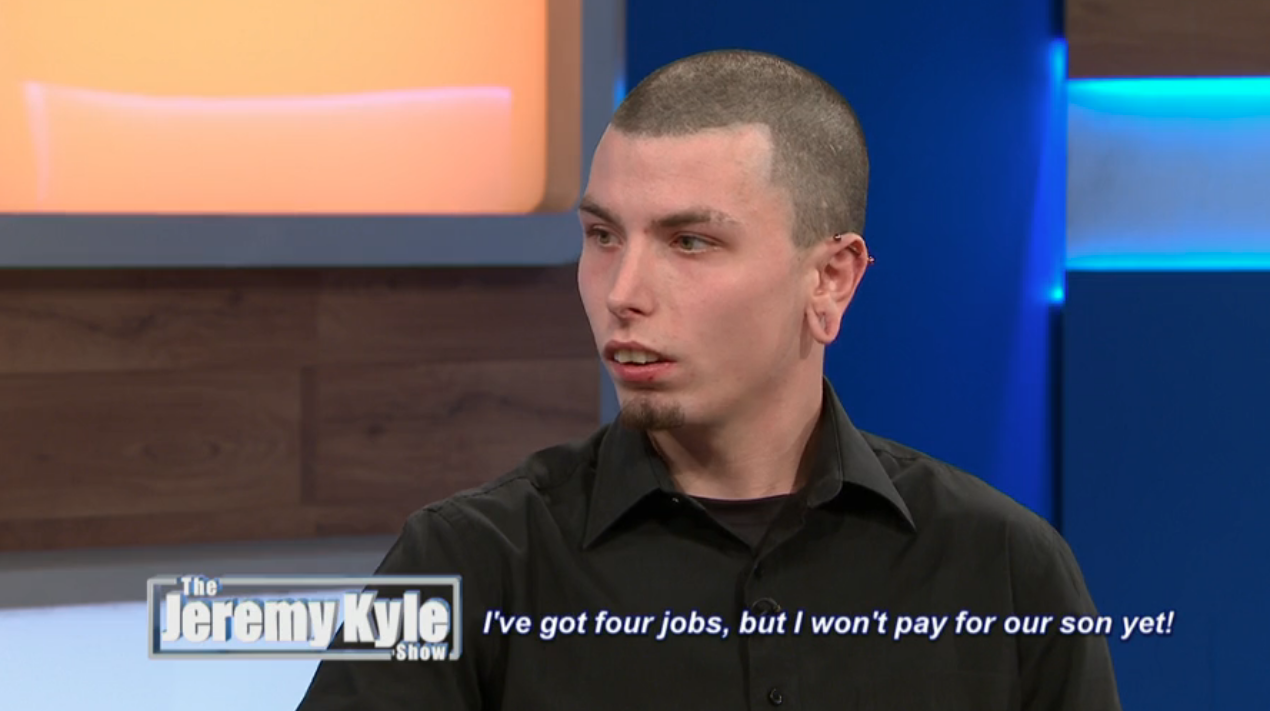 Jay came in for some biting remarks (Credit: ITV Hub)

An impressed Jeremy congratulated the young man on his hard graft - but was puzzled about the exact nature of one of his occupations.

"One of them is an acting job. A scare actor," he told a mystified Jeremy.

Can't win with The Jeremy Kyle Show. Either not enough or too much teeth.

Explaining it meant "scaring people for a living" at attractions such Blackpool Tower Dungeon, Jeremy seemed to take to his guest more and more.

But once Jay’s ex Jade turned up, the atmosphere became a lot more heated, with her kicking off as she stormed into the studio. 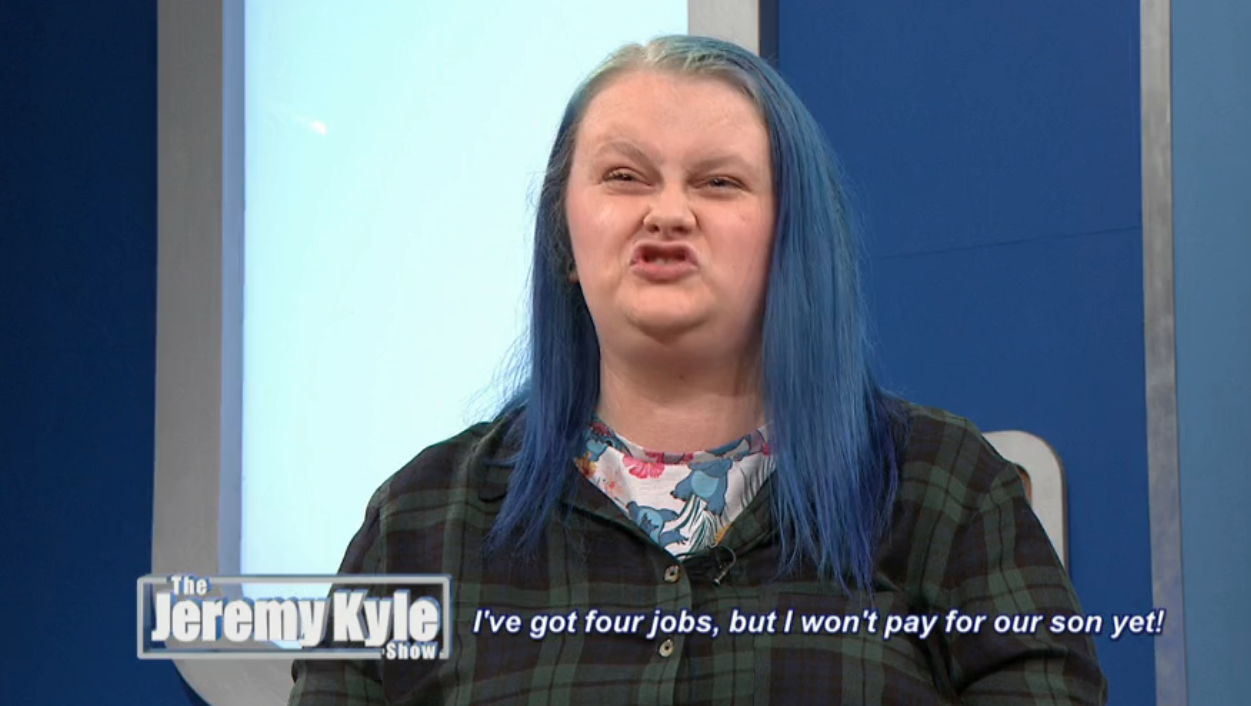 Blasting him for failing to manage to change nappies - according to her he had only done it once in a whole year - she also bizarrely accused him of 'smelling like a wet dog' during a recent attempt to visit his son.

For those watching at home, though, the most notable part of the show was the gnashers protruding from Jay’s mouth.

Viewers did not go easy on his prominent overbite, with several on Twitter likening his toothy pegs to a bottle opener. 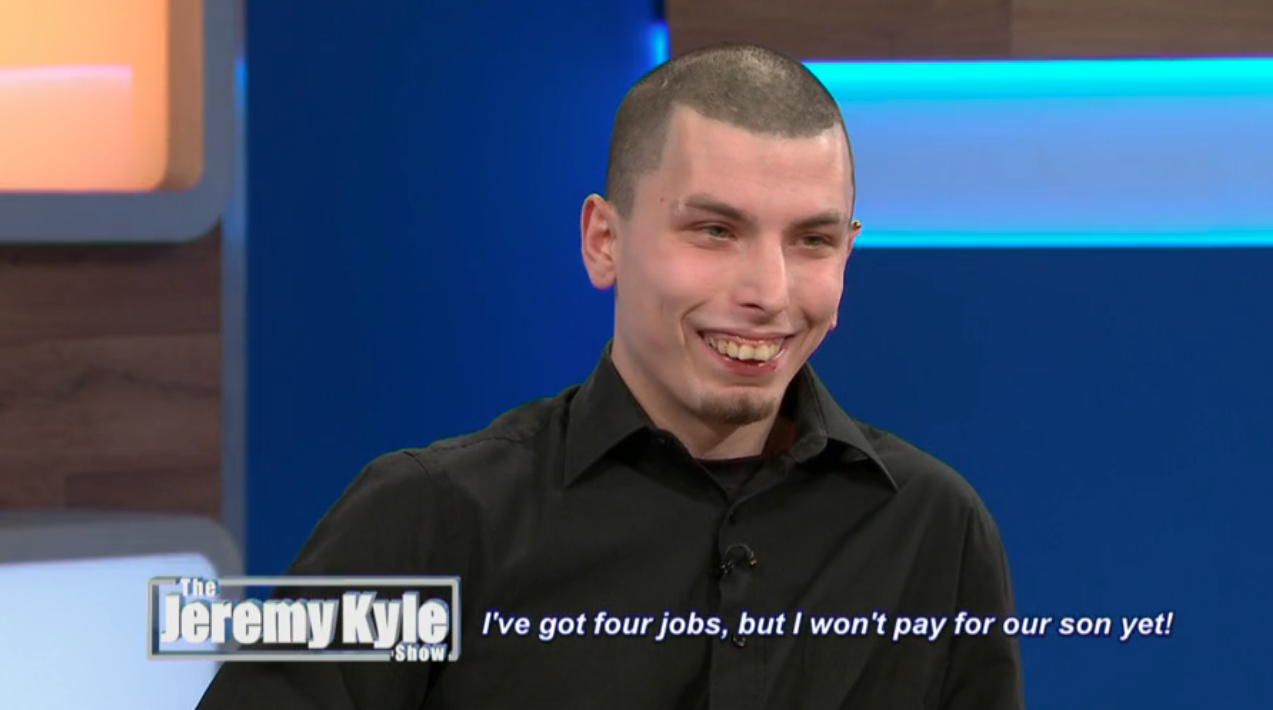 A big smile and no mistake (Credit: ITV Hub)

"Looking at his teeth reminds me that I need to buy a bottle opener," tweeted another.

A third, making a joke about how frequently guests on the show are judged to have dental problems quipped: "Can't win with #jeremykyle show. Either not enough or too much teeth."

And, varying on that theme, another compared Jay’s work efforts to the perception guests regularly have substandard fangs.

"A guest with more jobs than the average guest has teeth?" they remarked.

Thankfully, not everyone was so brutal. One fan concluded: "Actually feel sorry for the guy with the teeth." 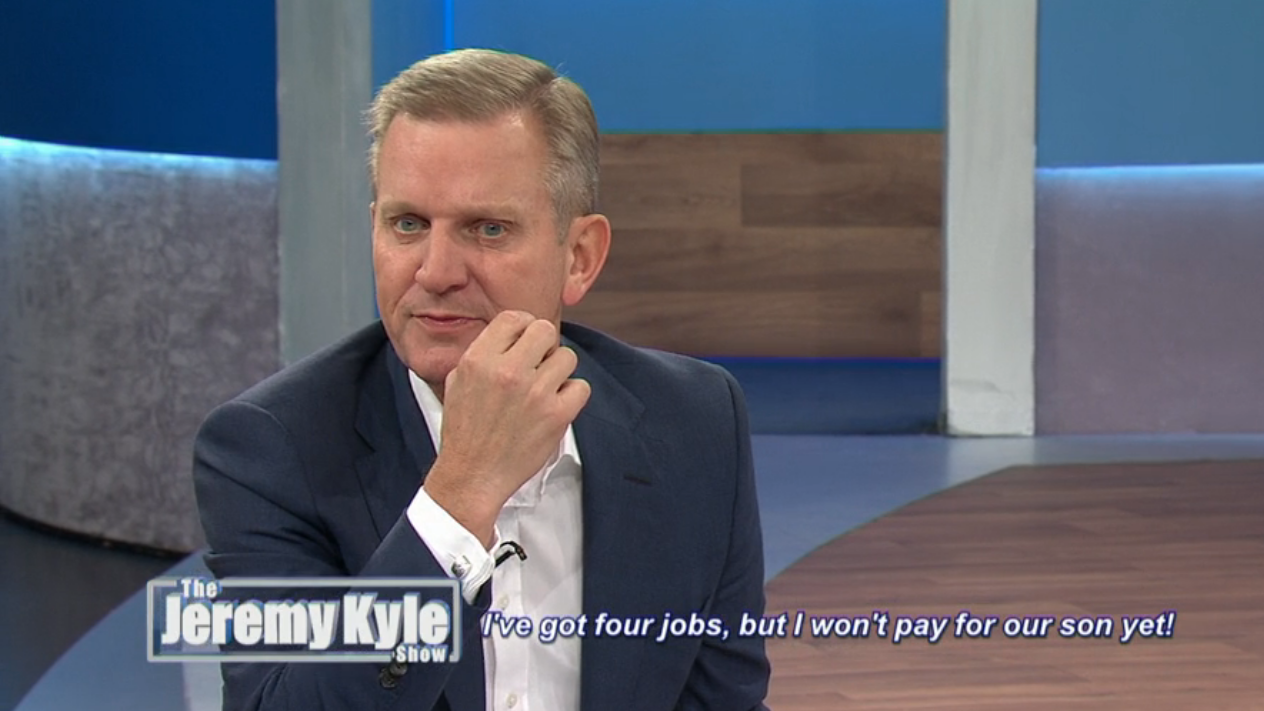