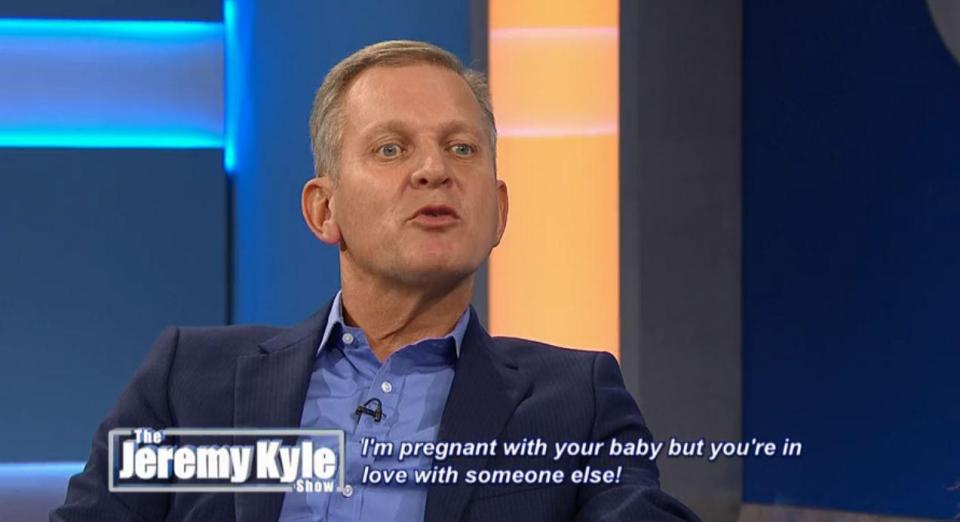 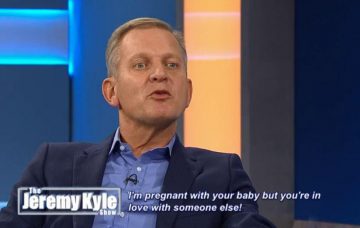 "Hope you kept the receipt!"

Jeremy Kyle mocked a couple who moved in together five days after meeting in Argos on Friday morning’s show.

The segment began when guest Kylie told the talk show host how her boyfriend James – whom she met at the popular shop – had ditched her after she fell pregnant with their child.

“We got engaged and moved in within five days of meeting,” Kylie, 23, confessed to Jeremy.

“Love at first sight?” he asked, to which Kylie – who is now four months pregnant – responded: “Yeah. We met in town.”

“Argos,” Jeremy deadpanned, to hoots of laughter from the audience.

Just three weeks after meeting, Kylie and James then discovered that she was pregnant. The pregnancy was planned.

“Within five days of meeting James, Prince Charming from Argos, he got down on one knee and said ‘Will you marry me?'” asked Jeremy to sounds of laughter from the audience.

“Do you not think that was a little bit too soon?” Jeremy asked Kylie of her and James’ decision to get engaged and move in together and start a family just 21 days after their first meeting at Argos.

“We were really happy,” insisted Kylie.

Naturally, viewers of the show wasted no time in heading to Twitter to discuss Kylie and James’ appearance on the show.

“I hope you kept the receipt love,” wrote one viewer, while another added: “Argos? Click and collect a bloke.”

She met him in Argos. Hope you’ve got the receipt love that ones faulty 😂 😂 #jeremykyle

Argos? Did they spend fifty quid and get a ten quid voucher. Who says romance is dead? #jeremykyle

Do you enjoy watching The Jeremy Kyle Show? Leave us a comment on our Facebook page @EntertainmentDailyFix and let us know what you think!