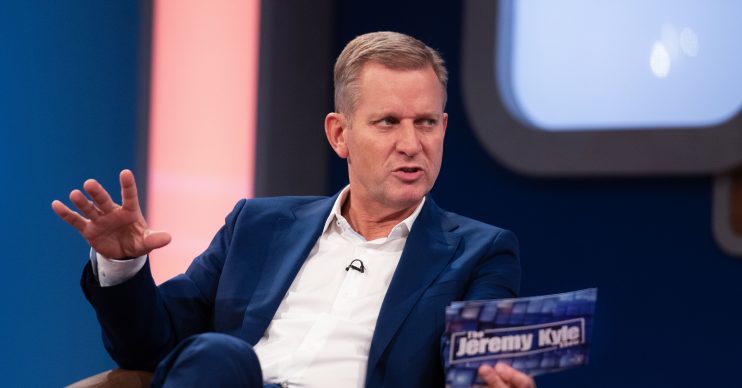 Jeremy Kyle is piloting a new show for ITV

Jeremy Kyle is piloting a new show for ITV following the cancellation of The Jeremy Kyle Show .

The 54-year-old presenter had his show scrapped in May after contestant Steve Dymond, who failed a lie director test, died after reportedly taking his own life.

ITV director Kevin Lygo has now revealed Jeremy has a new series in the works which they are testing.

He also revealed Jeremy’s popular investigate programme The Kyle Files will be back in 2020.

However Kevin admitted it’s unlikely Jeremy will be back on screens in the same time slot as his eponymous-titled show was at 9.30am.

He told Sky News: “No, I doubt he will [return to the same slot].
“I can’t imagine what we would do. I have spoken to him about it, of course, and I think he feels as well that whatever he does next, it shouldn’t be in that 9.30am slot.
We have an ongoing commitment to The Kyle Files which is his style of journo thing which will be ready next year sometime.”
Read More: The Jeremy Kyle Show ‘to be replaced by an extended This Morning’
Kevin insisted that it would be “absolutely wrong” to put the “blame” on Jeremy after the tragedy, and said they are doing all they can to find the right programme for the TV veteran’s comeback on the channel.
He continued: “We are piloting something with him and we will just have to have a look because he is a consummate broadcaster and it would be absolutely wrong to apportion blame of the show against the presenter of it.
“We don’t hold him in any bad way. We will look to find another show with him but I think it is unlikely it will go in the same slot.”
Jeremy was left “devastated” by Steve’s death and he sent his “thoughts and sympathies” to his family.
He previously said: “Myself and the production team I have worked with for the last 14 years are all utterly devastated by the recent events.
“Our thoughts and sympathies are with Steve’s family and friends at this incredibly sad time.”
Read More: Jeremy Kyle expecting first child
Announcing the end of The Jeremy Kyle Show, Carolyn McCall – ITV’s CEO – said at the time:
“Given the gravity of recent events we have decided to end production of The Jeremy Kyle Show.
“The Jeremy Kyle Show has had a loyal audience and has been made by a dedicated production team for 14 years, but now is the right time for the show to end.
“Everyone at ITV’s thoughts and sympathies are with the family and friends of Steve Dymond.
“The previously announced review of the episode of the show is underway and will continue.”
Leave us a comment on our Facebook page @EntertainmentDailyFix and let us know what you think of this story
Share Share Share