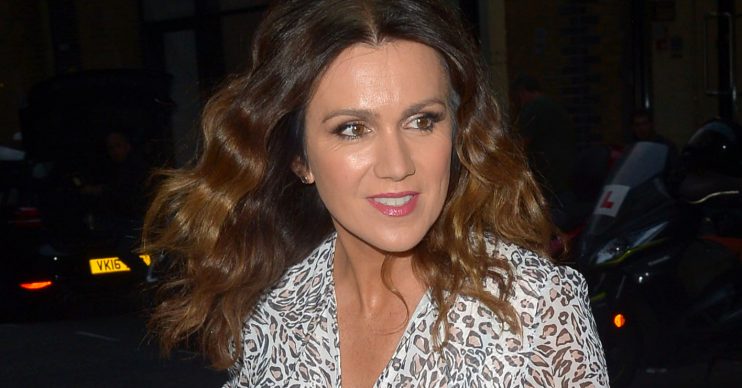 It's all too common

Presenter and Good Morning Britain star Susanna Reid has opened up about being ‘ghosted’ by a date.

The embarrassing but all-too-common incident happened after the TV host admitted to her date that she is sober.

End of the summer break…. Back to work tomorrow. See you at 6am 😬

Suanna, 48, described the incident in a chat with the Daily Mail‘s Weekend magazine, telling the publication: “Someone – he’ll be anonymous – and I were setting up arrangements for a date.

“I thought it might be good manners to mention the fact I don’t drink, because most people do like to drink on a date. And, just like that, he stopped making arrangements.”

“It just ceased to be. A lot of people just think you’ll be no fun on a night out,” she added.

Ghosting is when someone cuts all contact with another person without warning or explanation, which seems exactly what happened to poor Susanna.

She gave up booze a year ago, and has said she did it both to help with her health and fitness and also reduce the anxiety that can so often come with a hangover.

She previously told Prima magazine her lifestyle changes were a result of an unexpected discovery by her doctor.

Susanna told the mag: “This time last year, I went to the doctor with a skin problem and he told me I could do with losing some weight.

“It turned out I was at the upper end of my BMI and, I have to admit, I’d been feeling a little heavy for a while.

“I’ve lost a stone and a half since then and I feel fantastic.”

She’s also spoken several times on GMB about how she has also aided her weight loss by reducing her carbohydrate intake, cutting out snacks between meals and returning to the gym.

The single mum of three was linked to Crystal Palace Chairman Steve Parish earlier this year, but the couple called it quits in April, after conflicting schedules allegedly proved too tough to make a relationship work.

What do you think of Susanna’s dating story? Tell us what you think on our Facebook page @EntertainmentDailyFix.