The presenter, 63, was chatting with co-hosts Kate Garraway and Charlotte Hawkins about students' attitudes towards alcohol when he made the ridiculous gaffe. 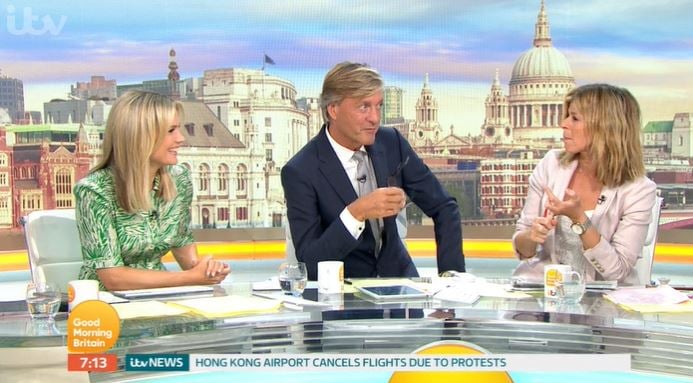 Kate mentioned a survey showing that as many as one in six students don't at all, with some spending more time in libraries than bars during freshers' week.

Richard, who is currently standing in for Piers Morgan, couldn't believe so may students are teetotal. 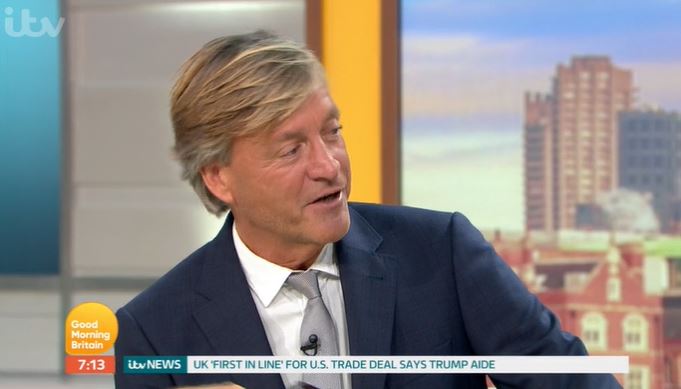 He said the GP "doubles it by two" when you tell them how much you drink (Credit: ITV)

Kate joked that parents might be behind such surveys, putting them out before students start university in a bid to get young adults to drink less.

Richard then chimed in with a seismic maths blunder, telling her: "I think it's because everybody, students and the rest of us, lie about how much they drink. Apparently if you tell the GP how much you drink he immediately... or she... doubles it by two."

Did Richard Madeley really just say 'doubles it by two'?

Viewers on Twitter reacted to the idea of doubling something by two, with some in hysterics, some baffled and others inevitably comparing Richard to bumbling fictional broadcaster Alan Partridge.

Another wrote: "Double it by two??? I thought you were an intelligent man, Richard #GMB"

A third tweeted, "Did Richard Madeley really just say 'doubles it by two'? #GMB" and added, in response to an Alan Partidge meme, "Chortle! Alan Partridge on This Time was, without doubt, based on Richard Madeley."

Double it by two??? I thought you were an intelligent man Richard #GMB

Chortle! Alan Partridge on This Time was, without doubt, based on Richard Madeley. #GMB

Last week, Richard was on This Morning alongside his wife, Judy Finnigan.

The couple's guest appearance had fans swimming in nostalgia for the old days of the programme, which Richard and Judy hosted from its launch in 1988 until 2001.

After the episode aired, many viewers called for the TV legends to be brought back as permanent presenters.