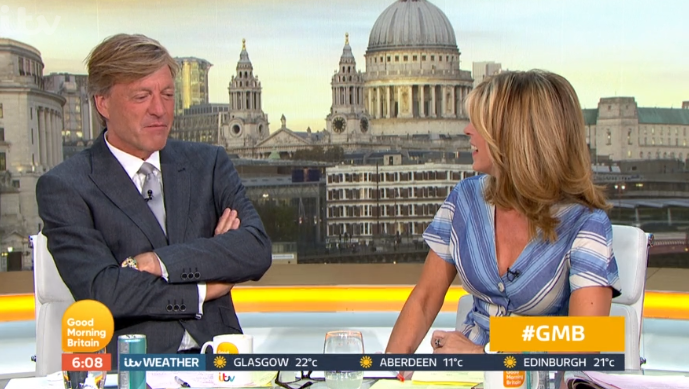 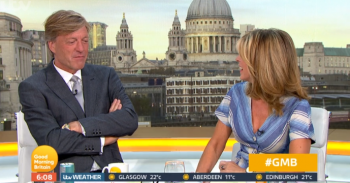 You can probably see where this is going...

Richard Madeley had his Good Morning Britain co-presenters in fits of laughter today with a perfectly timed X-rated joke.

Richard, Kate Garraway and guest showbiz presenter James Argent were all discussing US rapper Lil Dicky’s new song Earth and the accompanying video, which aims to highlight the issue of climate change.

After the presenters admitted their rapper knowledge was minimal, Arg closed the segment saying: “Lil Dicky, what a name and what a rapper!”

Kate then quickly turned to Richard, who is currently filling in for Piers Morgan over the Easter break, and said: “You’re Big Dicky, aren’t you?”

With the perfect set up, Richard joked: “I’m Big Dicky. I certainly am!”

The line left the panel – and particularly Arg – in hysterics, but Richard quickly tried to calm them down.

Elsewhere on Monday’s show, Arg managed to infuriate viewers at home when he dropped a huge clanger about last night’s episode of Line Of Duty.

He then went on to name the character.

One person fumed on Twitter: “Arg tries his best not to spoil it but @richardm56 just basically gives it away who dies in #LineOfDuty.

“Subtle as a brick through a greenhouse window mate…”