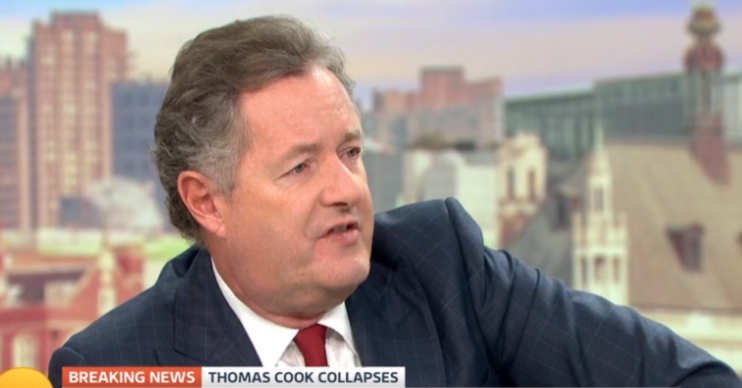 TV presenter Piers Morgan has revealed his brother was caught up in the Thomas Cook collapse “chaos”.

Speaking about the news on today’s Good Morning Britain, Piers revealed his brother Jeremy and four-year-old niece had been affected.

He said: “My brother was caught up in this in Skiathos. They had flown with Thomas Cook, the flight was cancelled.

“Him and his other half and their four-year-old girl were at the airport until midnight and then put up in some terrible place overnight.

“But apparently they were the lucky ones, other people weren’t getting anywhere. Thomas Cook staff were apparently in tears. Total and utter chaos.”

Thankfully, Jeremy and his family were able to fly back late the following day.

Piers added: “They did eventually get back late the following day, but this is happening all over the place with Thomas Cook flights.”

A spokesperson for Thomas Cook said that the company’s collapse was a “matter of profound regret”.

Thomas Cook’s chief executive Peter Fankhauser said: “It is a matter of profound regret to me and the rest of the board that we were not successful.

“I would like to apologise to our millions of customers, and thousands of employees, suppliers and partners who have supported us for many years.

“Despite huge uncertainty over recent weeks, our teams continued to put customers first, showing why Thomas Cook is one of the best-loved brands in travel.

We are sorry to announce that Thomas Cook has ceased trading with immediate effect.

“Generations of customers entrusted their family holiday to Thomas Cook because our people kept our customers at the heart of the business and maintained our founder’s spirit of innovation.

“This marks a deeply sad day for the company which pioneered package holidays and made travel possible for millions of people around the world.”

With so many holidaymakers now stranded, the government has begun the process of bringing them back home.