Piers Morgan has hit back at his Good Morning Britain co-star Adil Ray after he took a swipe at him on national television.

Furious Piers lashed out at news anchor Adil following last night's (08.11.19) episode of Have I Got News For You, which saw him sitting as the guest host. 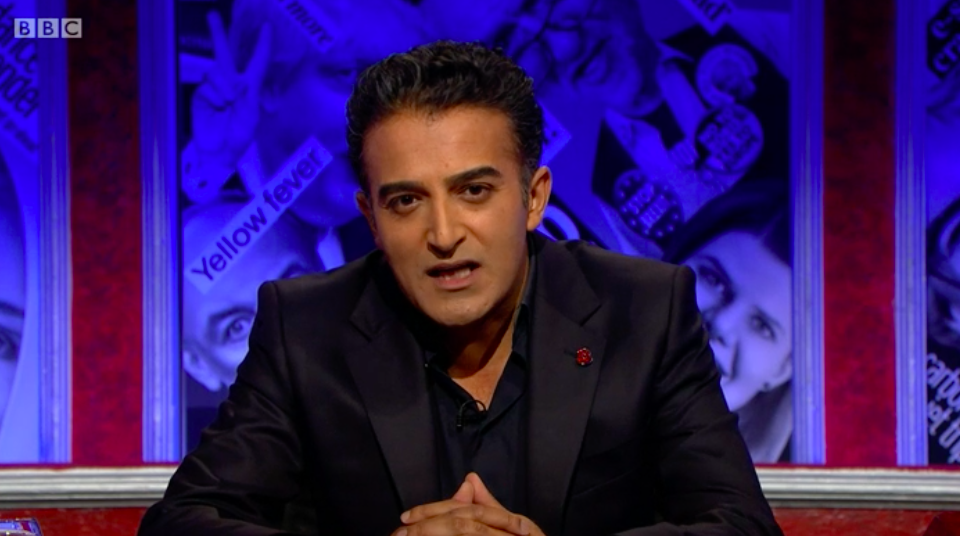 Adil Ray made a cutting remark about Piers Morgan while hosting Have I Got News For You (Credit: BBC)

After speaking about a news story linked to GMB, Adil told the panel and viewers: "I should declare at this point that I do sometimes sit in for Piers Morgan on Good Morning Britain.

"You know the best thing about sitting in for Piers Morgan on Good Morning Britain? I don't have to meet Piers Morgan!"

Read more: Piers Morgan 'empowered' after being cleared by Ofcom

Taking to Twitter, former tabloid editor Piers, 54, pulled his best punch and hit back at Adil.

He tweeted: "My occasional @GMB stand-in Adil Ray on @haveigotnews: 'The best thing about filling in for Piers Morgan on Good Morning Britain is you don't have to meet Piers Morgan!'

"For my part, the best thing about Adil filling in for me is he always tanks the ratings..."

Piers' fans were quick to support the GMB host, with one tweeting: "Thought his little dig was unnecessary and frankly, a bit cowardly?"

The best thing about Adil filling in for me is he always tanks the ratings.

Another said: "The worst thing about Piers being on holiday is knowing @adilray is going to be filling in for him."

However, one told Piers, "I love @adilray" and Adil then replied, "Thank you!"

Much to the delight of fans, Piers last week returned to the Good Morning Britain studio following a two-week break.

Some viewers had feared his absence meant he had been sacked, especially as critics had drawn up a petition calling him to be fired over comments he previously made about gender.

However, following his comeback, the star was able to publicly rejoice after being cleared by complaints regulator Ofcom.

The organisation ruled that he was not guilty of transgender discrimination after claiming he identifies as a penguin and arguing against the presence of 100 genders.

Another gruelling day at the coal face...

Piers insisted the ruling had "empowered" him - and thanked his detractors live on air for making that happen.

He crowed: "These things have to be debated without the hysterical Twitter mob simply saying, 'Cancel him! He must be fired! He doesn't agree with me! Fire him!'

"That's not the way things work in the real world, as Ofcom has just ruled. So thank you Ofcom."