Author Amy Nickell appeared on Monday's show to debate the issue alongside behavioural psychologist Jo Hemmings after a primary school in Brighton revealed they have banned the game from playgrounds, claiming it's 'too rough' and children have been injured.

Amy said she believes tag is "aggressive" and shouldn't be encouraged. 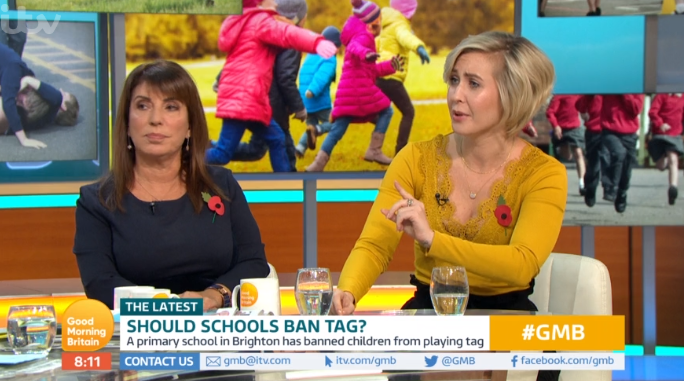 Amy said she believes tag is "aggressive" and shouldn't be encouraged (Credit: ITV)

Amy replied: "Piers, better safe than sorry. If there's anything I've learnt from you is that aggression is not necessary and if we're going to be progressive, let's limit aggression."

Piers asked: "How do you think it prepares our young children for the real world when they're not even allowed to play tag? They're not allowed to win or lose at anything any more and now they can't even play tag."

Amy hit back: "Wait a minute, who's the winner in tag? It's not about winning or losing. That's not the debate we're having." 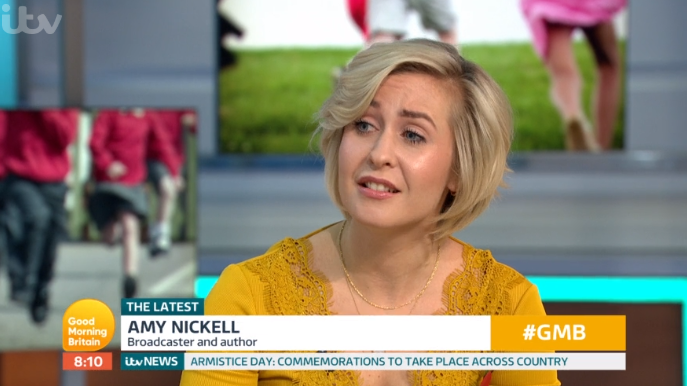 Amy said schools should be encouraging children to play more sports, such as rugby, instead of tag (Credit: ITV)

Piers ranted: "I'm just pointing out that we're wrapping the kids in so much cotton wool we are ill-preparing them for the real world.

"Why are we even debating this? Last week we were debating is anyone allowed to clap any more. This headteacher in Brighton is trying to be virtue signalling, she's now saying we can't play tag but she wants them to clap instead.

Seriously, why are we even having these conversations?

"Last week we were told clapping triggers anxiety. What do we do now?! We can't clap, we can't play tag, we can't win or lose."

Amy said schools should be encouraging children to play more sports, such as rugby, instead of tag.

Piers asked: "Why would you want to ban tag but encourage rugby?" to which Amy replied: "Because [rugby] is a team sport with an end goal and encourages skills that you can use in adulthood."

A primary school in Brighton has banned the game from playgrounds claiming it's 'too rough' and children have been injured.

He added: "So what's tag? I think the audience at home are going, 'what is going on?' Seriously, why are we even having these conversations?"

When a comment from a viewer was read out which insisted that tag is "just a game," Amy hit back: "But it's not a game! Last week, my five-year-old came home with a massive bruise on his chin from the playground."

Piers mocked: "Aw no did he? Is he okay?" to which Amy said: "Oh Piers, please just stop and consider it a little bit."

Piers said: "We are creating a generation so snowflakey they won't even want to leave their houses when they leave school. Piers asked why they were even debating whether tag should be banned (Credit: ITV)

"We would have protected them so ridiculously they are totally ill-prepared for the real world, which by the way, isn't all about everybody wins. The real world is tough.

"You've got to be tough to deal with it. No disrespect, but I'm done with this debate."

Do you think tag should be banned in schools? Leave us a comment on our Facebook page @EntertainmentDailyFix and let us know. 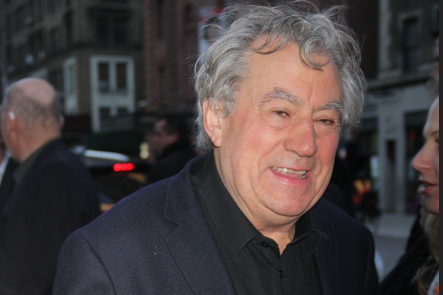