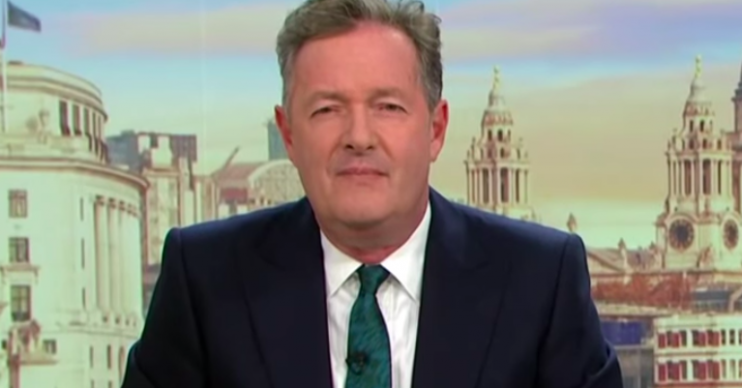 The GMB presenter has previously slated the reality show

But on Wednesday evening, Piers Morgan certainly didn’t seem to mind partying with former Love Island star, Lucie Donlan and Real Housewives of Cheshire star, Hanna Miraftab – much to the confusion of his followers.

The Good Morning Britain star – who is currently on a summer break from his job on the morning entertainment show – shared a snap of himself with the reality stars, writing: “ITV summer party kicking off nicely ⁦@HannaMiraftab @lucierosedonlan #RealHousewives #LoveIsland.”

Lucie shared more pictures with Piers, sounding amused by the encounter as she commented on Instagram: “The ITV party is KICKING OFF! What a combo.”

Hana also added several shots from the ‘do, including one posing with a sweaty Piers as she confessed they’d had a “political chat”.

She wrote: “An absolutely fabulous night at the @itv summer party! Enjoyed our political chat @piersmorgan 🤣🙈💖💕.”

He told his co-star Susanna Reid: “My oldest son is addicted to it, which I find really depressing… he has been asked to be on it. My sons get regularly asked to go on reality television.”

The disgraced journalist went on: “I said, ‘No problem!’ They go, ‘Really Dad?’ I said, ‘Sure, as long as you don’t mind being cut out of the will, not a problem’.”

On Father’s Day, my proudest achievements.

Fans were amused and confused by the party pictures, with one joking: “You’re paying them, right?” Another commented: “Enjoy your night I guess!” A third added: “So smug 😂😂 he loves it.”

Others were annoyed at the about-turn, with one commenting: “Such a hypocrite, spends months [bleep]ing them off until it comes for trying to get likes on Twitter.” A second wrote: “Thought you hated Love Island.” One more added: “Mixing with braindead reality stars the second you’re off work, shameful hypocrite!”

Some also wondered about him hanging out with hot, young women, asking after Piers’ wife, author Celia Walden. One wrote: “Is Mrs Morgan there..?” Another added: “I assume that’s your daughters, else you have a far more forgiving wife than I.” A third said: “Your poor wife is sitting at home looking after your daughter whilst you drool over girls who are young enough to be your daughters.”

Maybe this will change Piers’ mind about reality stars? We’d love to see Spencer Morgan on the next series!

What do you think of Piers hanging out with reality stars? Leave us a comment on our Facebook page @EntertainmentDailyFix and let us know what you think.