Presenter Piers Morgan will be back on the box next week, he has confirmed.

Many viewers were left disappointed earlier today when the motormouth host did not return to the show alongside fellow host Susanna Reid following an Easter break.

Fans on Twitter begged for the 54-year-old - who has been covered by Richard Madeley - to resume his breakfast TV duties as soon as possible.

Piers has since updated his followers about coming back to work, teasing his absence makes viewers’ guts grow stronger. 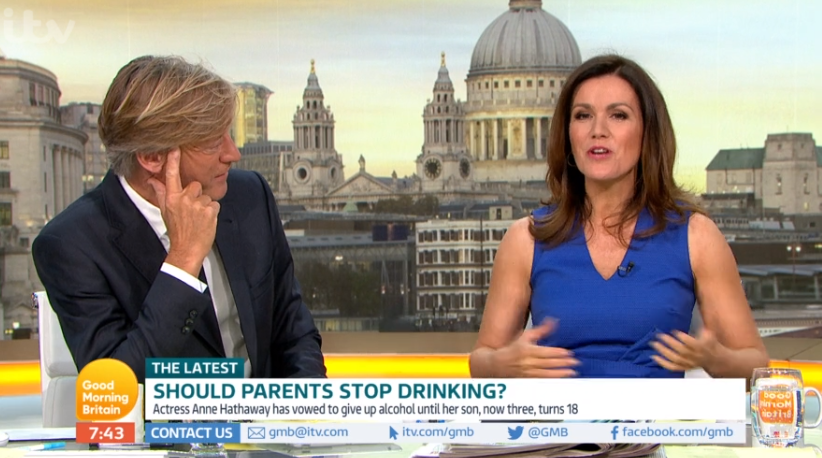 Not what viewers were expecting to see (Credit: ITV)

Responding to an enquiry about his GMB return, Piers tweeted: "Monday."

He continued: "I always like to wait for the British people to miss me so much they feel physically sick with fear that I may not return."

I always like to wait for the British people to miss me so much they feel physically sick with fear that I may not return.

Dozens of supporters were overjoyed to know Piers would be once soon again be on their tellies first thing in the morning.

Monday. I always like to wait for the British people to miss me so much they feel physically sick with fear that I may not return. https://t.co/5ooyHKMe3x

"I’ve missed your opinion on so many stories whilst all the others just sit on the fence," reasoned another.

A third remarked: "Excellent, you are needed back."

But not everyone was convinced by the polarising presenter’s words.

"More like dreading the day you return and thanking the stars for each day you’re not on," grumbled one person.

For people asking where @piersmorgan is this week, a possible explainer from my WhatsApp chat (me in green) on Sunday. #AFCvCPFC pic.twitter.com/3EZaleLjQQ

Meanwhile, Susanna joked he was avoiding coming back to the studio after his football team Arsenal lost to Crystal Palace, who she supports, over the weekend.

For the meantime, Piers is believed to still be holidaying in America.

He shared a snap from John F. Kennedy International Airport as he arrived in New York over the weekend.

He captioned it: "Good to be back in the Big Apple. #NYC."

Piers has also been spending time elsewhere in the US with his family in Los Angeles for the past couple of weeks.