TV's Piers Morgan has ranted about the "ITV family" branding them "backstabbing liars".

During Wednesday's Good Morning Britain, the presenter was speaking about the National Television Awards and raged at Holly Willoughby and Phillip Schofield for always winning.

'This year I'm voting with my feet, and you are banned from voting for Good Morning Britain.'@piersmorgan still isn't over Holly and Phil's winning streak at the National Television Awards, so he claims he's boycotting it altogether 😂 pic.twitter.com/phkk7FOaLK

GMB will go up against Holly and Phil's show This Morning for Best Live Magazine Show.

Speaking about how he's not attending the awards ceremony later this month, Piers said: "This year, I'm going to be at home eating a large steak and I'll be watching the football.

"I'm not going to any more award ceremonies where you sit there and the camera pans on my big sweaty head at the precise moment they go, 'and the winner is... This Morning.'

"Holly and Phil go, 'What us? Little old us for the 55th consecutive year?' and then they do their 'we're all one big happy family at ITV' when everybody knows we're seething hotbed of backstabbing liars charlatans, drunkards… They know who they are."

He then joked: "Anyway, I wish Holly and Phil the best. Fingers crossed guys! Hope you do it again." 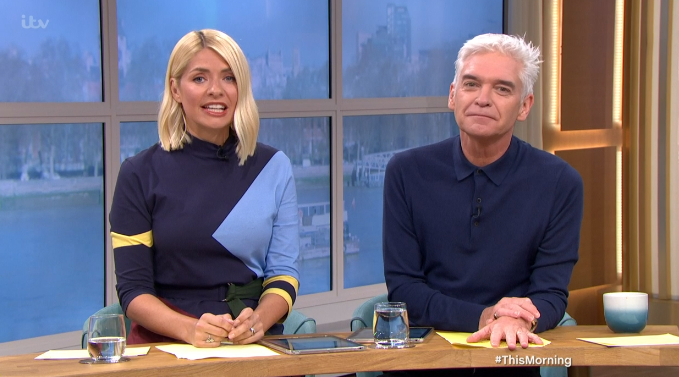 Moving on to Ant and Dec, Piers said: "There was a celebration last night - the 25 years of the NTAs. Why bother?

"I'm afraid, this year I am voting with my feet. You are banned Britain from voting for Good Morning Britain."

On Tuesday, Piers had a similar rant at Holly and Phil calling them "fake".

Piers said: "I'm not going this year because it's a total waste of time.

"You can imagine what's going to happen. Holly and Phil will win for the 22nd time. Then Ant and Dec will win the Best Presenter - it's actually got very poor. 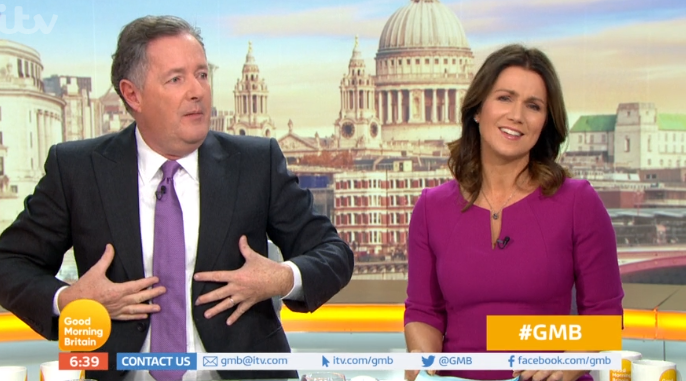 "Do you know who I'd like to see win Best Presenter? Bradley Walsh. Don't you think he would be a great winner. I can't do any more of the fake when Ant and Dec or Holly and Phil go, 'what us again?!' so I will be at home watching it."

He added: "Holly always comes by, leans in and says, 'take that you little bleep.'"