Kate Garraway accidentally crashed into the Good Morning Britain set as she attempted to ride a bike on air.

On Friday's show, the presenter decided to get some practice in as she's taking part in the Palace to Palace charity ride, which will see the GMB team complete a 45-mile bike ride from Buckingham Palace to Windsor Castle to raise money for The Prince's Trust. 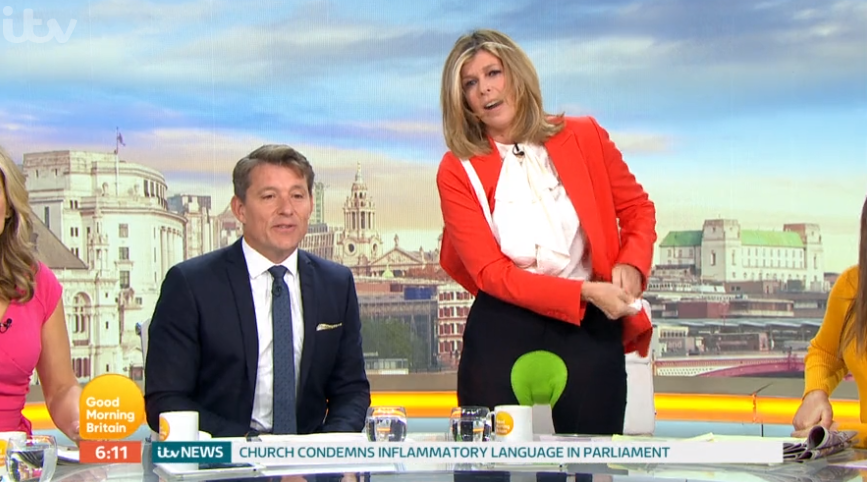 Read more: GMB's Kate Garraway vanishes after getting locked in the loo

Kate put on a black and green lycra one piece over the top of her outfit and hopped onto the bike.

The star even revealed she hasn't ridden a bike since she was 14 years old.

Charlotte Hawkins asked: "Are you going to try the bike?" as Kate looked over at two bikes parked in the studio.

Kate replied: "I thought they were props. Can you [Ben Shephard] help me on please?"

Her co-star Ben Shephard walked over and helped Kate get onto the bike. 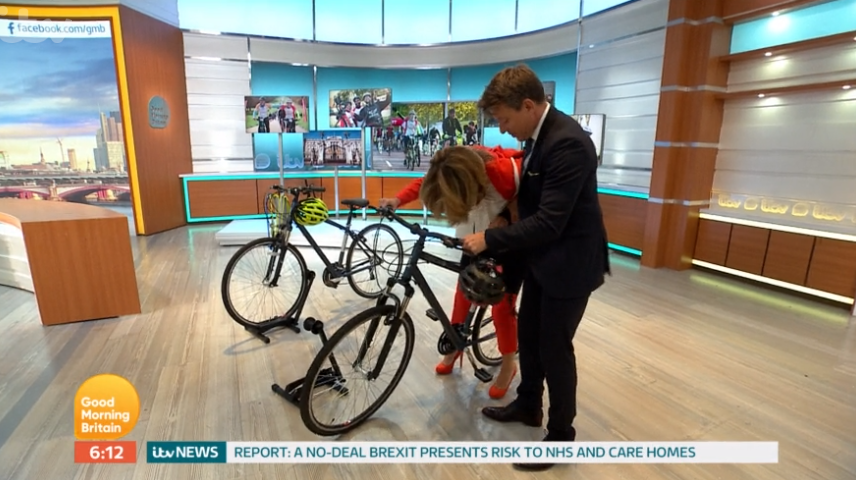 Kate struggled to get onto the bike (Credit: ITV)

Kate then began to ride the bike before almost falling off.

I'm not sure if that went as well as any of us hoped.

Ben exclaimed: "You've got brakes! Who's idea was this by the way?"

Kate said: "It's coming back to me," to which Charlotte joked: "It clearly isn't."

Kate then accidentally crashed into the set's wall.

'Whose idea was it to put Kate on a bike for 45 miles?!'@AlfieDeyes you might want to reconsider letting @kategarraway hitch a ride with you during the Palace to Palace bike ride. 😅🙈 #PublicHazard#GMB | @benshephard pic.twitter.com/5dTpSOluXb

As the camera zoomed in, she said: "Go away! Please, I've lost all dignity!"

Ben asked: "How are you going to get off it?" to which Kate admitted: "I don't know. It's going to be tricky."

The producer then tried to help Kate off the bike.

As she finally managed to get off, Kate said: "Well that went well. I might see if I can borrow that [bike] so I can practice this weekend because I'm not sure if that went as well as any of us hoped." 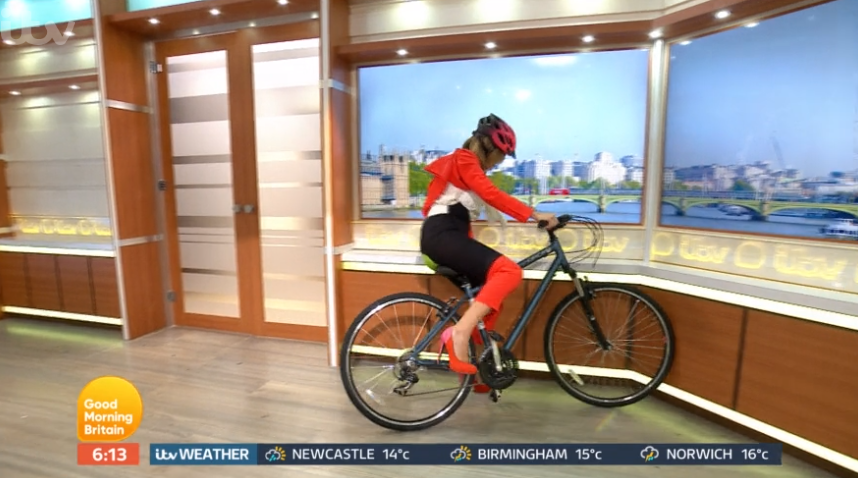 Viewers were left in hysterics with one person writing on Twitter: "Love it Kate," followed by laughing face emojis.

Another said: "Brightened up my morning, think Kate better get a set of training wheels for the bike ride."

Brightened up my morning lol think Kate better get a set of training wheels for the bike ride :)

A third added: "@kategarraway @GMB actually crying with laughter this morning. Thank you. A great start to the day. Kate as Austin Powers riding a bike in 6 inch heels. Love it!"

@kategarraway @GMB actually crying with laughter this morning. Thank you. A great start to the day. Kate as Austin Powers riding a bike in 6 inch heels. Love it! 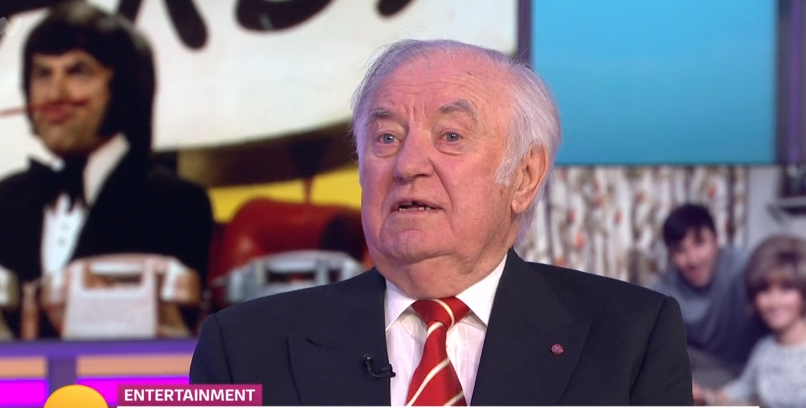