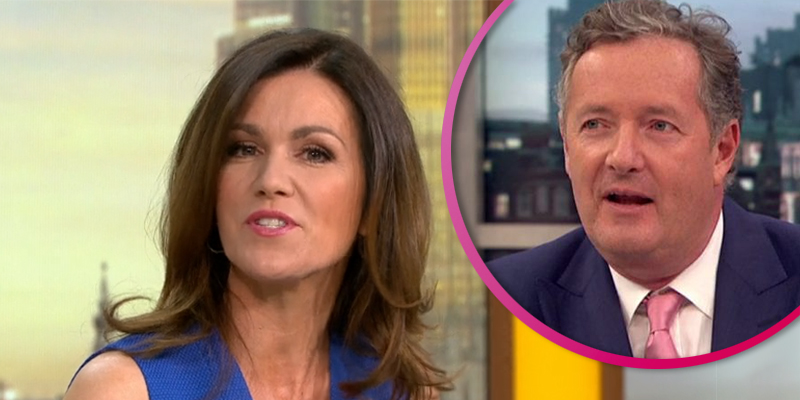 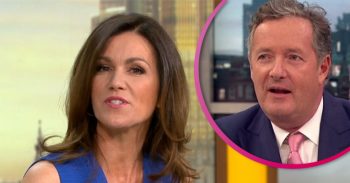 Good Morning Britain viewers were gutted when they tuned into today’s show and weren’t greeted by Piers Morgan.

Susanna Reid made her return to the programme after enjoying her Easter break, but she was joined by Richard Madeley instead of Piers.

Within minutes, viewers took to Twitter to complain about Piers not being back from his Easter break as they begged for him to return.

One person said: “We need piers back, no disrespect to Richard but Piers has more about him.”

We need piers back no disrespect to richard but piers as more about him !!!!!!

@GMB can someone please tell me were piers is ???

When is Piers coming back. Come back soon Piers🙏🏾

A fourth added: “Where the hell is piers Morgan, I cannot stand Richard Madeley he is such a [bleep] #gmb.”

Piers is believed to still be holidaying in America.

At the weekend, the presenter shared a snap from John F. Kennedy International Airport as he arrived in New York.

The star has been spending time with his family in Los Angeles for the past couple of weeks.

Last week, he shared a snap of himself, his two sons Spencer, 25, and Stanley, 21, and his daughter Elise, seven.

Earlier in his holiday, Piers sparked concern amongst his fans as he revealed he was caught up in an earthquake in Los Angeles.

The star told his fans on Twitter a 2.8 magnitude tremor shook his property, causing him to wake up. However, Piers insisted he was fine and safe.

Are you missing Piers on GMB? Leave us a comment on our Facebook page @EntertainmentDailyFix and let us know.