Viewers of Good Morning Britain were left stunned when the show suffered a rather embarrassing technical blunder today.

During ITV News' Calendar report, which airs in Yorkshire and Lincolnshire during the programme, viewers spotted an unfortunate gaffe which displayed the c-word on screen.

As a clip of Scunthorpe's steel factory played on screen, a sign was visible which said: "Welcome to British Steel Scunthorpe." 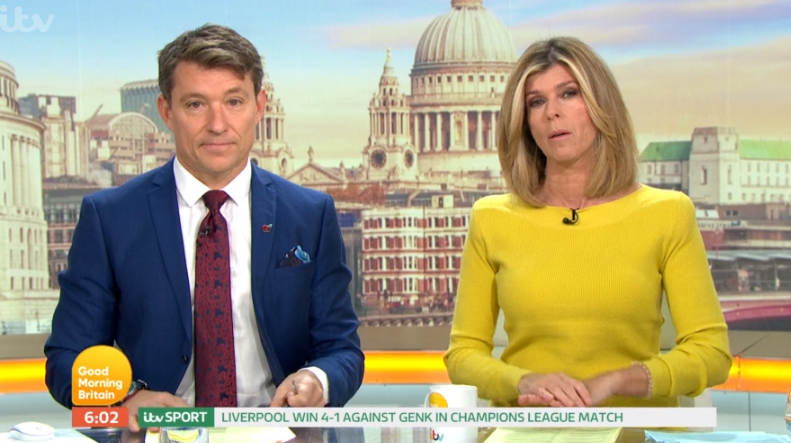 However, the GMB's yellow logo and clock was unfortunately covering the 'S', making the sign read: "Welcome to British Steel [Expletive]horpe."

Viewers quickly picked up on the gaffe and shared their amusement on Twitter.

One person said: "Oh dear. The @GMB logo and time were in an unfortunate position this morning @itvcalendar #gmb." 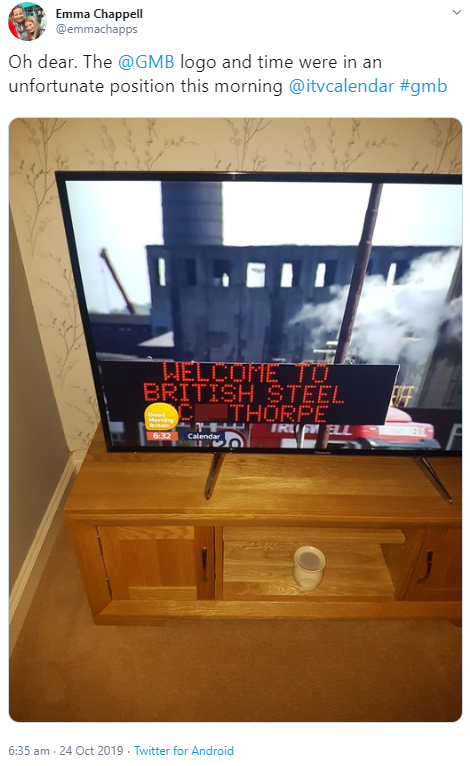 Another wrote: "Brilliant, that made me smile."

Earlier this week on the show, host Ben Shephard was left squirming as he tried sheep's head live on the show.

The show's competition host Andi Peters brought back a croissant stuffed with the meat for the presenters following his trip to Outer Mongolia.

The GMB logo and time were in an unfortunate position this morning.

Andi said: "I've just got back from Outer Mongolia and I've got some presents for all the presenters so in here [shows the croissant] I've got some sheep's head meat... I've put it in a croissant to make it taste nice."

While many of the crew declined Andi's offer of a sheep's head croissant, Ben was up for trying the gruesome snack.

A sheep’s head for breakfast anyone? 🤢@andipeters brings back a special holiday gift from Outer Mongolia.

Sweets and chocolates are great gifts too, Andi! 🙄 pic.twitter.com/rzXb2qc5lZ

After the team chanted for her to try it, Kate took a bite of the croissant.

Ben said: "That's just the croissant! I'm going to go in," as he took a huge bite of the meal.

As he took a huge bite, he screwed up his face and said: "I wish I hadn't." Ben and Kate are filling in for Piers Morgan and Susanna Reid as they enjoy a break for half-term.