Following the news that a major new report has recommended that the government BAN eating on public transport, comedian Judy Love and 'Queen Of Clean' Aggie Mackenzie clashed on this morning's Good Morning Britain (11.10.19) when discussing the subject.

The report warned that the drive to halve child obesity would not be met unless the government took the tough measures as well as extend its sugar tax.

And Aggie suggested that people should be 'publicly shamed' if they eat on public transport.

A Chief Medical Officer has proposed a blanket ban on food and drinks on public transport.

Does it annoy you when you see people eating on your daily commute? 🍕🍔🌯 pic.twitter.com/LEkM5yMTJe

She called for the sugar tax to include milk drinks full of added sugar, such as milkshakes, and for MPs to consider plain packaging for unhealthy food.

I think eating on trains, especially when it's hot food or smelly food, is an infringement on other people's rights.

The report puts it at odds with Prime Minister Boris Johnson, who has called tougher measures on food a 'sin tax' and 'the continuing creep of the nanny state'. 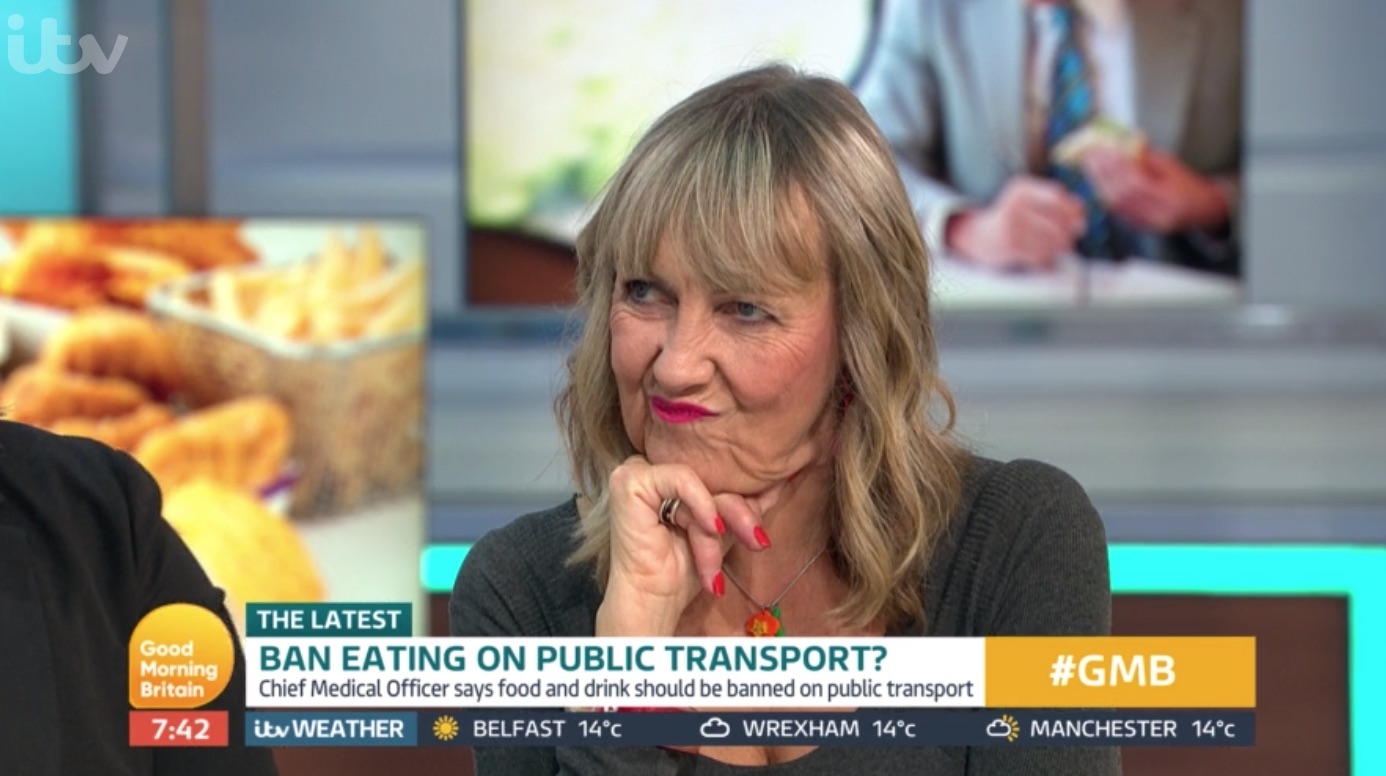 Joining hosts Ben Shephard and Kate Garraway in the studio was comedian Judy Love and 'Queen of Clean' Aggie Mackenzie, who believes people should be publicly shamed if they eat on public transport.

"I think eating on trains, especially when it's hot food or smelly food, is an infringement on other people's rights," Aggie said.

Judy responded by saying: "If you don't like the smell of the food on the train, then move. Sometimes there's not enough time at home, and that little half an hour on a train might be the only time you can fit something in."

"That's the thing though," argued back. "We've all got 24 hours in the day, so to resort to junk food on the hoof we're sleepwalking into a national obesity epidemic." 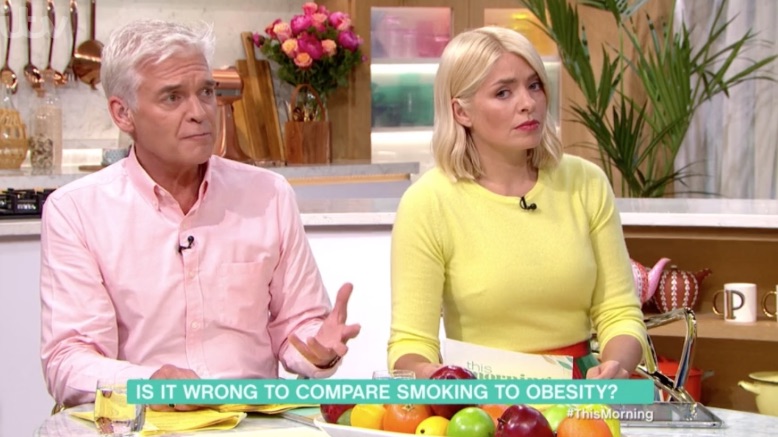 Discussing whether Cancer Research was right to compare obesity with smoking, the guest argued that it wasn't.

Cancer Research UK's latest ad shows a packet of cigarettes, however the brand name reads: "Obesity is a cause of cancer too."

Along the bottom of the advert, it reads: "Like smoking, obesity puts millions of adults at a greater risk of cancer."

Although hard-hitting, the campaign has been criticised by some for comparing smoking and obesity, with many claiming it's wrong.

Is banning eating on public transport a good idea? Leave us a comment on our Facebook page @EntertainmentDailyFix and let us know what you think of this story.