Charlotte Hawkins was left emotional as she interviewed a police officer with Motor Neurone Disease, the same illness her father died from.

During Friday's Good Morning Britain, the presenter spoke to ASS Chief Constable Chris Johnson and his wife Sharon about him battling the terminal illness.

Charlotte's dad passed away in 2015 at the age of 78 after battling the disease for three years. 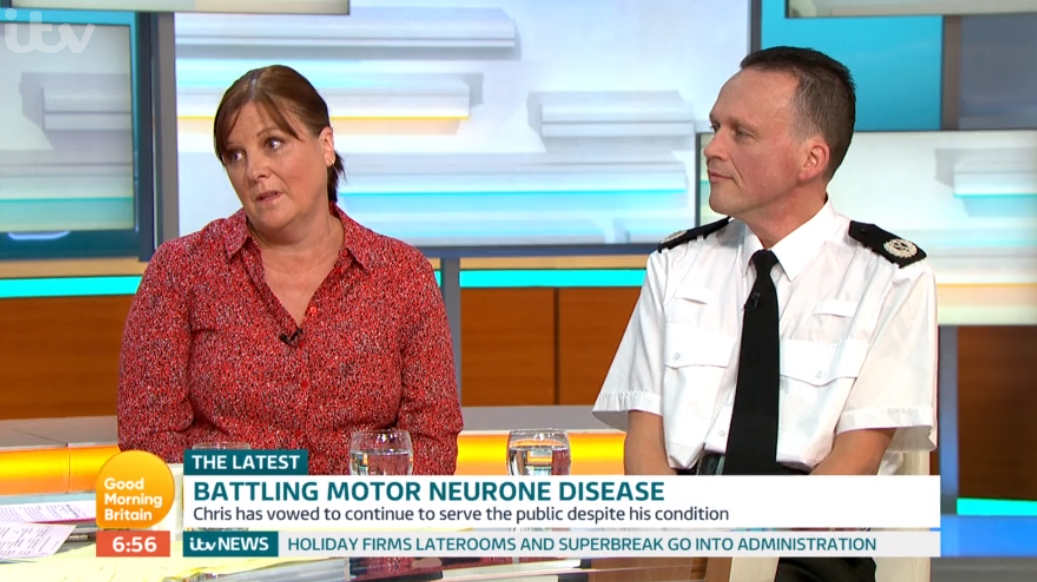 Chris Johnson and his wife Sharon spoke about him battling the terminal illness (Credit: ITV)

Read more: GMB fans outraged as woman claims dogs are 'not capable of loving their owners back'

As she listened to Sharon speaking about her husband dealing with the illness, Charlotte started crying.

Charlotte told her: "Sorry you are better than me, it’s making me really upset but you are the ones going through it at the moment."

Sharon said: "When we first got the diagnosis I was absolutely devastated, all our hopes, dreams, plans for retirement, just seemed to go out of the window.

"I think as a family now we are at the stage that like Chris he has got the disease, there is nothing we can do about it, yes we might only have him for two to five years, let’s make the most of those years and let's make memories for the children." 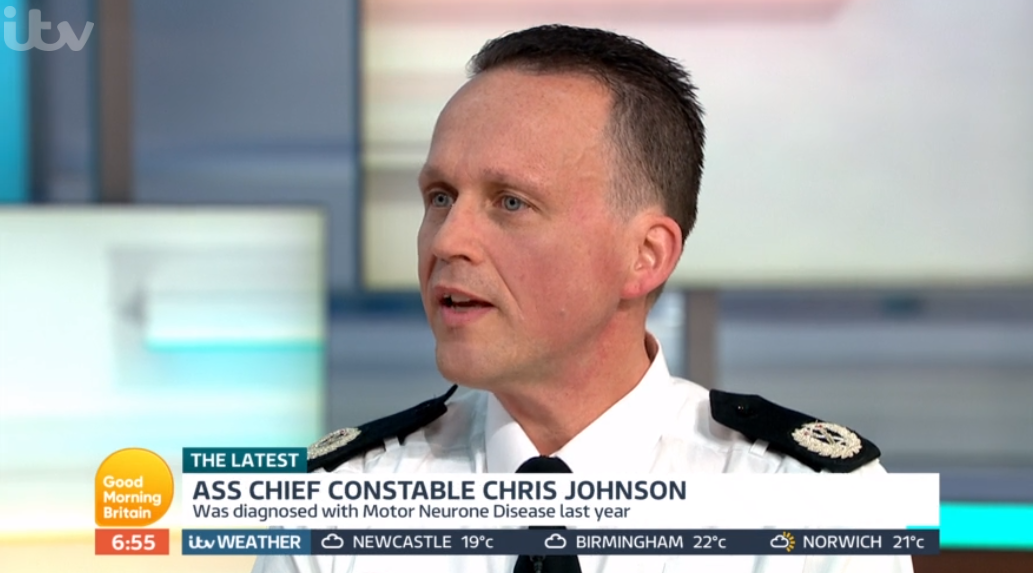 Chris said he wants to raise awareness of the disease (Credit: ITV)

Charlotte told Sharon: "You must be massively proud of him because I just think it’s a phenomenal thing that you are doing saying, 'Yes I have got this horrific disease, I know what’s coming' and yet to stand his ground and say, 'I am going to try and live life and carry on as normal as possible.'"

Chris added: "It takes a little time to come to terms with it. The only thing you've got with the disease is how you choose to face it.

It’s making me really upset but you are the ones going through it at the moment.

"You can either let it take over your life or you can try and battle through and helped to raise awareness and support some of the organisations."

Last month, Charlotte revealed her dad had died just a month after her daughter Ella Rose was born.

The star said on Lorraine: "He died a month before Ella Rose was born, I've got to be thankful that I was able to tell him I was pregnant at last. 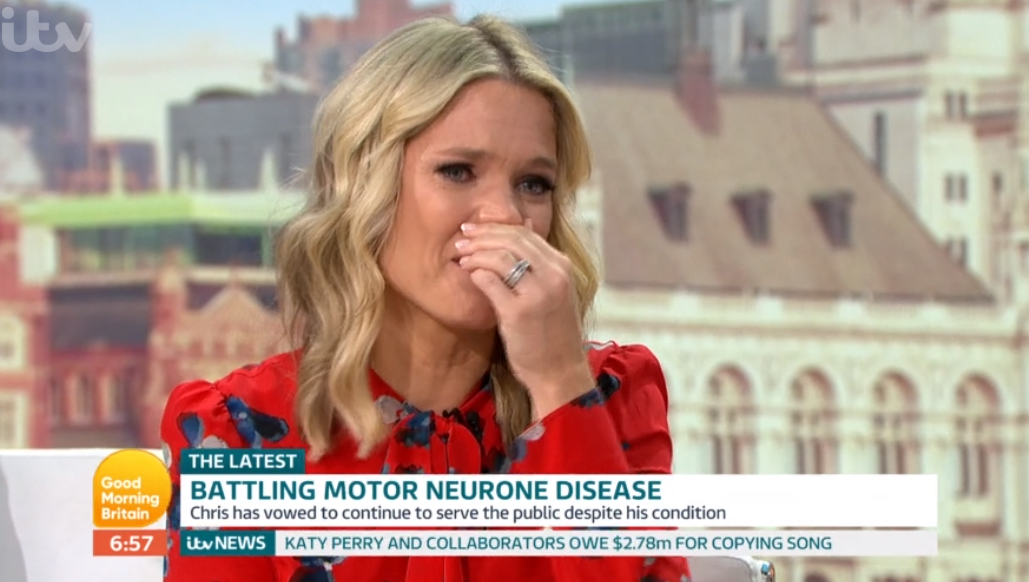 Charlotte's dad passed away in 2015 at the age of 78 after battling the disease for three years (Credit: ITV)

"She knows all about Granddad Frank, when we go on holiday she waves to him out of the plane, she thinks she lives in the sky because he's in heaven. He's living on through her.

"He's with me everyday I miss him so much every day for us it was a horrific thing to go through as a family to live with Motor Neurone Disease and die of it.

"I passionately believe that a cure for this will be found. It's not as rare as we think, I want to make sure that people who do suffer from this disease have the dignity of life.

"Some of them face huge difficulties getting access to the money they need to support their families."