A campaign group has called for advertisers to boycott Good Morning Britain amid claims host Piers Morgan 'bullied' a guest on the show.

In an open letter to the British broadcast media, InfluencHers said that companies advertising with the popular ITV daytime programme are "sanctioning bullying".

It follows an interview featured on Monday's (13.01.20) episode of GMB that saw presenter Piers clash with writer Afua Hirsch, who said in a column for the New York Times that racism was a major factor in Prince Harry and Meghan Markle's decision to step down as 'senior' royals. 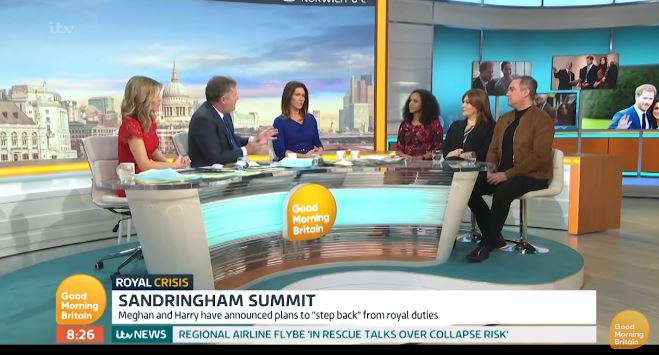 Afua was on GMB earlier this week (Credit: ITV)

InfluencHers, which is made up of 100 black women, wrote: "To all the advertisers whose products appear on GMB, you are sanctioning bullying and blatant unapologetic disrespect of women on a programme that targets that exact demographic.

"To any advertiser choosing to have their products associated with such misogyny, and disrespect of women, you are telling your customers you have absolutely no regard or respect for them. Is that a message you want to send by continuing to advertise on Good Morning Britain?" 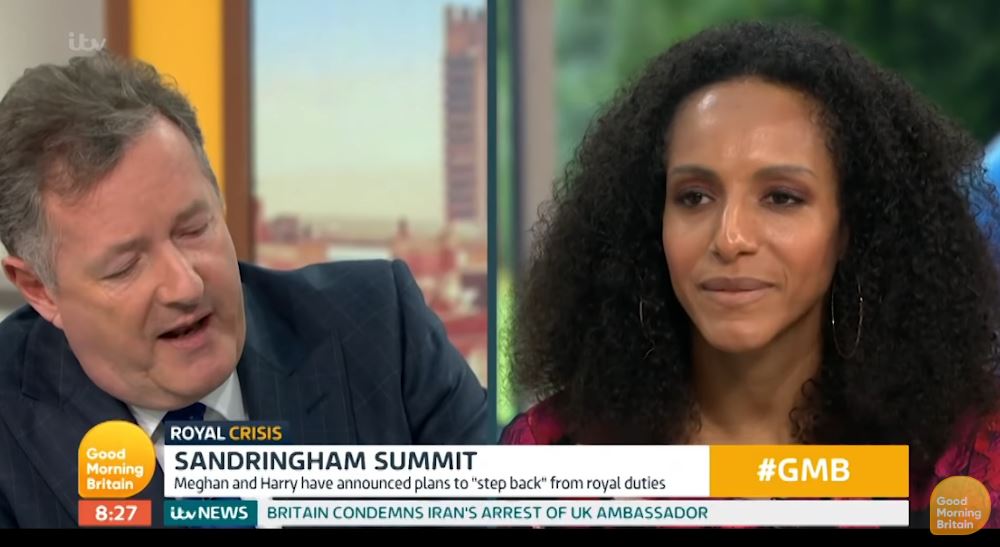 InfluencHers accused Piers of 'bullying' Afua during their discussion about Harry and Meghan (Credit: ITV)

Afua, it wrote, was "afforded no room to respond" to the "barrage of accusation, interruption and confrontation masquerading as journalism".

This was presenter bullying masquerading as rigorous journalism.

The group went on to say that being invited to a discussion on a programme like GMB "comes with the expectation that you respond, that you actually get to speak" and that, while asking "hard questions" about an issue like racism is "absolutely fine", it is "contrary and unfair" to "block a guest from expressing their points".

They added: "This was presenter bullying masquerading as rigorous journalism. It was an ambush, with a condescending, unnecessarily confrontational approach. You cannot claim to want to talk about racism and then utterly besiege someone preventing them from actually responding."

Afua posted a link to the open letter on Twitter and Piers hit back at the bullying claims.

So you’re encouraging an advertiser boycott of @GMB because I had the audacity to ask you, @SholaMos1 & @ayeshahazarika to actually provide evidence for your absurd ‘Meghan driven out by media racism’ nonsense? Wow.
It’s not ‘bullying’ to challenge bullsh*t. It’s ‘journalism.’ https://t.co/ShvlDGqqWt

The Life Stories host tweeted: "So you're encouraging an advertiser boycott of

@GMB because I had the audacity to ask you, @SholaMos1 & @ayeshahazarika to actually provide evidence for your absurd 'Meghan driven out by media racism' nonsense? Wow. It's not 'bullying' to challenge [bleep]. It's 'journalism'.