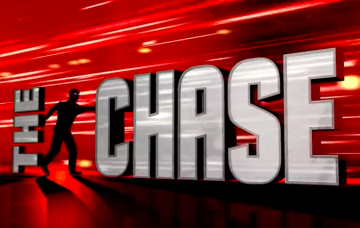 Newcomer will increase stable of Chasers to six

ITV quiz show The Chase is set to swell its ranks of brainy battlers and add a new Chaser to its line up, Bradley Walsh has revealed.

Host Bradley was discussing the popularity of the teatime programme on Good Morning Britain earlier today when he announced a new arrival would be joining the current stable of super-smart game gatekeepers.

The team of Chasers already includes the likes of Anne ‘The Governess’ Hegerty, Mark ‘The Beast’ Labbett, Shaun ‘The Dark Destroyer’ Wallace, Paul ‘The Sinnerman’ Sinha and Jenny ‘The Vixen’ Ryan.

Nearly all of them have enjoyed showbiz success away from the show, with Paul an established comedian before joining in 2011.

Shaun is also a former Mastermind champion and Anne was a favourite on last year’s I’m A Celebrity.

Mark has also become a regular face on TV and in the tabloids and Jenny recently blew audiences away with her voice on X Factor: Celebrity.

We’ve got a brand new chaser coming in for another new series now.

Asked about why viewers love the show so much by Piers Morgan following his humbling appearance on The Chase over the weekend, Bradley highlighted how long it has lasted.

Letting slip a new clever clogs has been signed up to take on hopeful contestants, Bradley continued: “What can you say? We’ve got a brand new chaser coming in for another new series now. It’s all good.”

According to The Sun’s website, a spokesperson for The Chase has confirmed a fresh face will be increasing the Chaser count to six – rather than the newcomer replacing a current star.

They are reported to have said: “A new Chaser will be revealed in due course.”

– The Chase airs on ITV on weekdays at 5pm