Bill Turnbull is said to be ‘thrilled’ to share the sofa with Susanna Reid again, co-hosting Good Morning Britain.

The 64-year old will make his first return to screens following his prostate cancer battle, to cover for Piers Morgan at the end of the month, while he takes some time off. 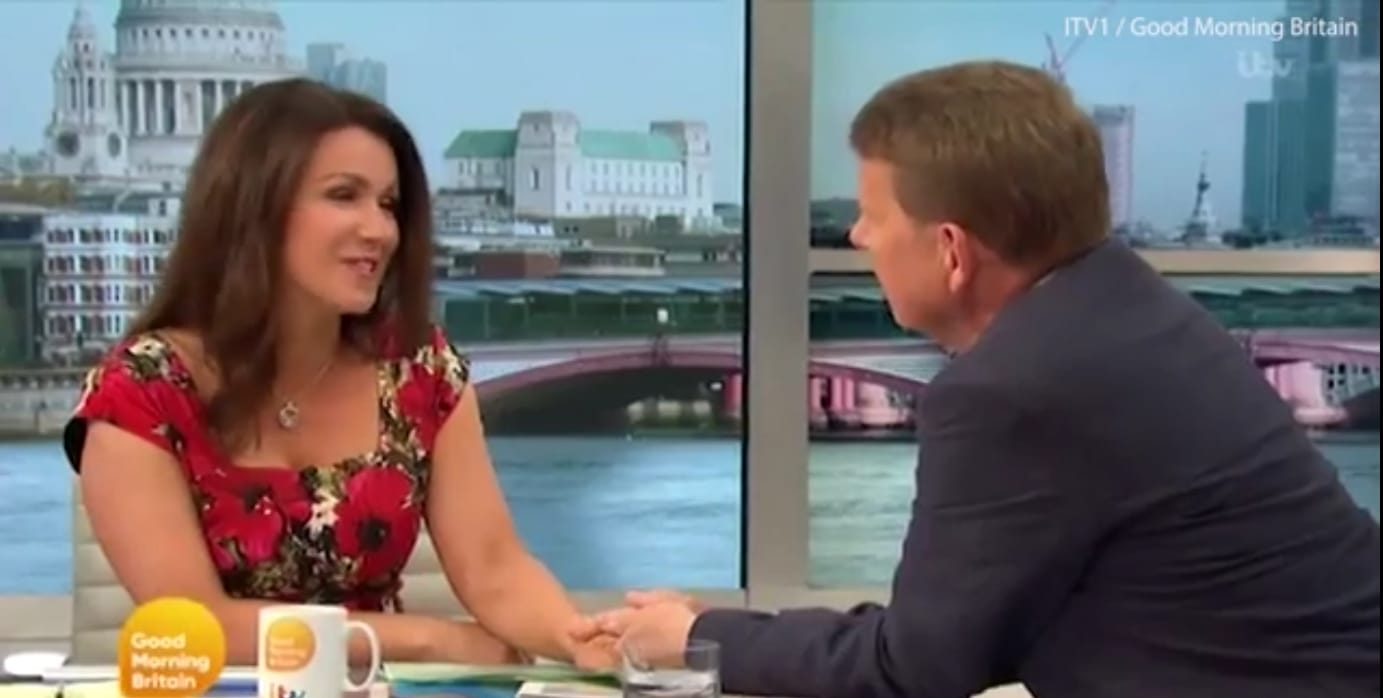 Susanna and Bill are excited to work together again (Credit: ITV)

Susanna Reid and Bill Turnbull were co-hosts on BBC Breakfast before Susanna left for ITV in 2014.

It was in 2016 that Bill had to sadly quit the BBC Breakfast show to focus his energy on battling prostate cancer.

While he will only be covering for three days, the Classic FM presenter told The Mirror: "I’m thrilled to be working with Susanna again and really looking forward to being on Good Morning Britain.

"We didn’t work together long enough and we got on so well."

The dad-of-three admitted he was sad when Susanna left at short notice, adding: "So for her to ask me to sit alongside her is very exciting."

"On one hand, it’s great to be back doing live television. The other part of me thinks: 'What on earth am I doing?' Having sworn never to do breakfast television again!

"But here I am doing it and it’s only in the short term."

This isn't the first time Bill and Susanna have shared the screen since their split.

We didn’t work together long enough and we got on so well.

The duo reunited briefly in November 2016, when Bill popped in to the ITV studio for a chat with his former co-host... that was until Piers came on screen to claim his place next to Susanna.

Piers sat between them and promptly branded Bill "overrated".

On how his on-screen style differs to Piers, Bill joked: "Answering that would put me on thin ice, in deep water!

"But, I don’t have such strong opinions as Piers and I don’t voice them as much as he likes to."